Are biofuels the key to a net-zero carbon economy? A guide to Canada's gasoline alternatives

This article was written by Robin Longe and Michael Thackray from Dentons. The authors would like to thank Sarah Ferguson, student at law, for her valuable research and contributions to this article.

In a June 29, 2021 news release, our federal Ministers of Transport and Environment and Climate Change announced that Canada is setting an accelerated mandatory target for all new light-duty cars and passenger truck sales to be zero-emission by 2035. Given that the transport sector is one of the greatest contributors to greenhouse gas emissions (GHGs), biofuels are a major plank in the Government of Canada’s efforts to reduce GHGs and reach a net-zero emissions economy by 2050.[1] As non-scientists, the authors of this article are not positioned to determine if in fact implementation of current federal and provincial policies will accomplish the stated goals of a net effect reduction in GHGs over time. Our goal here is to offer a primer on biofuels (specifically ethanol, as an additive to gasoline), and how the GHG policies have been translated into the current legislative/regulatory framework.

Biofuels: False Hope or the Future?

Biofuels are fuels derived from organic matter and consist of any fuel whose energy is obtained through a process of biological carbon fixation. For the purpose of this article and as is the convention, we will subcategorize biofuels into biodiesel (produced from vegetable oils and animal fats and used as an additive to diesel fuel), ethanol or bioethanol (a renewable fuel produced from sugar cane, potatoes, wheat and corn), and biomass (recycled timber and forest residue and used in heating and power plants).

The biofuel energy system is functionally similar to conventional energy sources as energy flows from a primary source though stages of processing, ultimately to be converted into a usable energy. In 2020, renewable energy, including biofuels, rose 9.7%, slower than the 10-year average (13.4% p.a.), but the increment in energy terms (2.9 EJ) was similar to increases seen in 2017, 2018, and 2019.[2]

While often touted as a “green” alternative to gasoline, ethanol may not be as efficient at reducing GHGs as is often thought. One of the main barriers to the use of all biofuels, including ethanol, is that although abundant, the feedstocks required for biofuel production are generally heavy and voluminous and not in the same location as processing facilities, creating transportation challenges.

Canadian ethanol feedstocks also face the disadvantage of Canada’s short growing season, where Canadian farmers are able to produce one crop cycle per year, and yields are considerably lower than those in tropical climates.[3]  Crops to produce ethanol also require large amounts of fertilizer and water, further increasing the carbon footprint; while at the same time, lands designated for biofuel are not used for food production, meaning additional land must be devoted to agriculture. Additionally, ethanol is approximately 33% less energy dense than gasoline, and consequently, more “gasoline” is required by volume to generate the same amount of energy, with increased GHGs produced down the supply chain. Lastly, GHGs are still produced over the life of the biofuel and must be accounted for when determining the actual efficiency of ethanol in reducing GHGs.

The above all said, one thing is certain – legislative and regulatory changes are being made in pursuit of reducing GHGs, with a focus on additives to our gasoline and diesel fuel supplies. Currently, various provincial policies exist which mandate specific volumes of renewable content in fuel pools, these policies vary in design and application, and exist alongside national policies such as the Renewable Fuels Regulations, and the Clean Fuel Standard, which is still being developed, with plans for the coming into force of the regulatory requirement in December 2022.[4]

The federal Renewable Fuels Regulations SOR/2010-189 mandates 5% renewable fuel by volume in the gasoline pool, and 2% renewable fuel by volume in diesel pool.[5] The purpose of this policy is to reduce the amount of GHGs emitted from the combustion of these fuels. Provinces which do not currently have their own framework for regulating biofuels are required to abide by federal legislation. However, the federal government requires compliance on average, not per province, so a province that is lagging in utilizing biofuels will be offset by a province that has put a greater effort into reducing GHG emissions and promoting the use of biofuels.

By way of example, British Columbia adopted the Greenhouse Gas Reduction Act (the Act) and the Renewable & Low Carbon Fuel Requirements Regulation (the Regulation), known collectively as the BC Low Carbon Fuel Standard (LCFS), designed to avoid GHG emissions associated with the use of transportation fuels in B.C. through the supply of renewable and low carbon fuels in British Columbia. The Act requires that suppliers have a minimum renewable fuel content of 5% for gasoline and 4% for diesel, on a provincial annual average basis.

One of the ways in which fuel suppliers have reacted to these legislative changes is by opting to pay fines for non-compliance rather than attempting to comply with the new regulations, which has resulted in the British Columbia government considering the imposition of higher penalties. In the interim, paying the penalty rather than incurring the compliance costs remains a viable business strategy in appropriate circumstances (although we caution and note the potential for additional administrative penalties of up to $100,000 in respect of certain prescribed contraventions of the LCFS). Recently, there was a trend towards increasing quantities of exempt fuel entering BC, allowing small suppliers to avoid higher B.C. wholesale prices, and as alleged by certain of the major suppliers: “to compete unfairly with larger suppliers who are complying with the Regulation”. As a result of this lobby, the B.C. Ministry of Energy, Mines and Petroleum Resources moved to reduce the exemption limit(s).[6]

While fuel suppliers are already struggling to comply with the renewable fuel requirements, they must also meet targets for the reduction of the carbon intensity of their supplied fuels. The carbon intensity of fuel represents the GHGs associated with its production and use as determined by a lifecycle assessment, presented in terms of grams of carbon dioxide equivalent per megajoule (gCO2eq/MJ). All this by virtue of Section 6(1) of the Act, which provides:

Under the existing regulatory regime in British Columbia, a fuel supplier that is out of compliance in a given compliance period incurs an automatic monetary penalty of $200 per outstanding debit. The penalty must be paid to the British Columbia government on or before the compliance reporting deadline (being March 31).

As we all move towards a net-zero carbon economy and as the automobile industry moves towards increasing the number of electric vehicles on the road, will biofuels (i.e., ethanol) become superfluous? The short answer is: we don’t know. Some have suggested that ethanol volume can’t really increase without directly replacing gasoline, such that ethanol-powered vehicles are a requirement to sustain ethanol production. This is exacerbated by the fact that costs of ethanol production remain relatively high, which may eventually lead us in a different direction altogether – to hydrogen or green electricity, all of which may have the net-effect of leaving ethanol as a biofuel out in the cold.

Presumably, conventionally powered vehicles will not be euthanized where they are parked in 2035 and will be left to live out their natural lives on gasoline (twelve years +/-), which leaves room for biofuels to continue to contribute to the reduction of GHGs, so long as we make advancements in the ways in which we produce biofuels. The drawbacks to using biofuels listed earlier in the article may be remedied by third-generation biofuels (made from algae or sea kelp), also referred to as advanced biofuels or green hydrocarbons.[7] One of the advantages of using kelp is that it requires minimal natural resources and is a fast-growing organism, so the issues with production related to first-generation biofuels are mitigated. While advanced biofuels are still in the early stages of development, they are a promising renewable alternative to fossil fuels.

Regardless of what might ultimately happen, biofuels can and will act as the bridge between our current conventional oil/gas economy and society and whatever our energy future might be and bring. 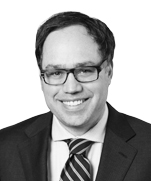 Robin Longe is a partner in Dentons’ Vancouver office and a member of the firm’s Energy Innovation and Transition, and Corporate groups. Robin is a natural resources lawyer whose practice focuses on forestry, mining, environmental and aboriginal law. He has extensive experience advising clients across the natural resource industries, including providing advice on corporate transactions and negotiating agreements connected to the supply of biofuels. 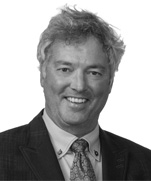 Mike Thackray, Q.C. is a partner in Dentons’ Vancouver office and a member of the firm’s Energy law group. He is recognized as a leading energy practitioner with extensive knowledge in all aspects of energy law and energy litigation. Mike recently published the 2021 Reissue of the Oil and Gas text for Halsbury’s Laws of Canada. In his practice he has advised clients on regulatory applications and approvals; litigation; arbitration; expert evidence and testimony; government relations and public policy; mergers and acquisitions; upstream, midstream and downstream operational advice; infrastructure construction, ownership and operation; and corporate guidance and navigation. Mike’s clients include large and small exploration and production companies, and multi-national infrastructure firms. Mike currently sits on the boards of several private and public oil and gas companies in North America and internationally.