Back from bankruptcy's brink: when and why Notices of Intention can be withdrawn in insolvencies

Notices of intention can be an important first step in the proposal process, one of the primary tools used in insolvency proceedings to provide debtor companies with protection from creditors and to allow financially distressed entities to restructure their operations, assets and liabilities without being assigned into bankruptcy.

As insolvency practitioners know, section 50.4 of the Bankruptcy and Insolvency Act addresses the form and usage of Notices of Intention.  Section 50.4(1) provides for the filing of a Notice of Intention to make a proposal (“NOI”), and section 50.4(8) provides that where the trustee fails to file a proposal with the official receiver within 30 days after the day that the Notice of Intention was filed (or within any extension to that period granted under s. 50.4(9), the insolvent person is deemed to have thereupon made an assignment in bankruptcy.

The normal course is for the debtor company to apply for extensions until a viable proposal can be advanced.  Then, either that proposal is approved by the creditors and the court and implemented, or it is not.  If it is rejected by the creditors or the Court, or the implementation fails, then the debtor company is deemed automatically to be assigned into bankruptcy.

But is it possible to circumvent the proposal process even after filing an NOI, in particular when the debtor company is able to get “back on its feet” before a proposal is filed?

It is unusual for a debtor company to be able to exit the proposal process without filing a proposal, but this is because it very rarely happens that a debtor can pay out its creditors, before making a proposal, without requiring a compromise of its creditors’ claims.  However, that was the happy situation in the matter of Re Regal Resources Inc.

In those circumstances, Regal advanced an application to the B.C. Supreme Court for an Order granting leave to withdraw its NOI.

In re Regal Resources Inc.

Regal Resources Inc. is a junior mineral exploration company.  In October 2021, the company owed substantial sums to two secured creditors as well as to various unsecured creditors, and Regal was insolvent in the sense it was not able to pay its debts generally as they became due.  On October 14, 2021, Regal filed an NOI.

By February 2022, following four extensions of the stay period under the NOI, the company was able to raise $2.885 million by way of an issuance of convertible debentures.  In March 2022, the company paid out the two secured creditors, and either repaid its unsecured creditors or obtained agreements from them that the repayment of their loans could be deferred.

As a result of the issuance of convertible debentures and the repayments to its secured and unsecured creditors, Regal was no longer insolvent.

There is no provision in the BIA and very limited jurisprudence dealing with the withdrawal of NOIs prior to the making of a proposal, but orders to that effect have been granted in at least two previous proceedings, both in Ontario.

The primary decision relied upon by Regal in support of its application was Re Poly Innovation Inc. 2013 ONSC 2782, in which the subject company filed a NOI and then, like in Regal, was able to secure funds to pay out all of its creditors before making a proposal.  The Court held (at paragraphs 1-5):

This motion raised an interesting question about how a court should proceed in the face of a "gap" in the legislative scheme contained in the Notice of Intention to Make Proposal provisions of the Bankruptcy and Insolvency Act. …

Poly Innovation Inc. filed a Notice of Intention to Make a Proposal under section 50.4 of the BIA on February 25, 2013. … The story has a happy ending. Poly Innovation applied last week for the approval of an offer received from its largest secured creditor, Die-Mold Tool Limited, which would see all creditors of Poly Innovation paid in full.

Poly Innovation has not made a proposal. …

Proposals usually involve a compromise of the claims of creditors against the insolvent person, and section 50(1) provides that a proposal may be made by "an insolvent person". The unique aspect of the present case is that if the court approves the sale of Poly Innovation's assets to Die-Mold, then all creditors will be paid in full - i.e. no compromise of claims and Poly Innovation would not be insolvent.

The scheme surrounding section 50.4 of the BIA does not expressly contemplate such a happy ending. How to proceed?

The Court’s reference to section 50(1) of the BIA in its analysis of the issue is important.  That section lists the persons who are entitled to make a proposal: an insolvent person, a receiver, a liquidator, a bankrupt, and a trustee in bankruptcy.  Once a debtor company satisfies its creditors and is not insolvent, it no longer falls within the list of persons entitled to make a proposal.

Ultimately, the Court in Re Poly Innovation concluded that it had the jurisdiction to make an order granting leave to the company to withdraw its NOI by analogy to s. 43(14), which allows for the withdrawal of an application for a bankruptcy order.

On an application advanced before Justice Burke of the B.C. Supreme Court on March 21, 2022, Regal cited the authorities above for the proposition that the Court has the power, despite the “gap” in the legislation described in Poly Innovation, to permit the withdrawal of an NOI.

Regal argued that it was clear from the Ontario authorities that the Court had the jurisdiction to make the Order sought.  It submitted that an order withdrawing the proposal was the only proper way for Regal to exit the NOI process as it was no longer insolvent.  Regal also argued that withdrawing the NOI would save the company money and time and would benefit the shareholders.  There would be no need to call a meeting of creditors.

After hearing these submissions, the Court granted leave to Regal to withdraw its NOI.

Unfortunately, the Court did not issue reasons for judgment, but Justice Burke’s Order is confirmation that the Court has jurisdiction to grant a debtor company leave to withdraw a NOI without filing a proposal, and it is also a good example of how the Court will fill in “gaps” in the BIA by resort to its inherent jurisdiction. 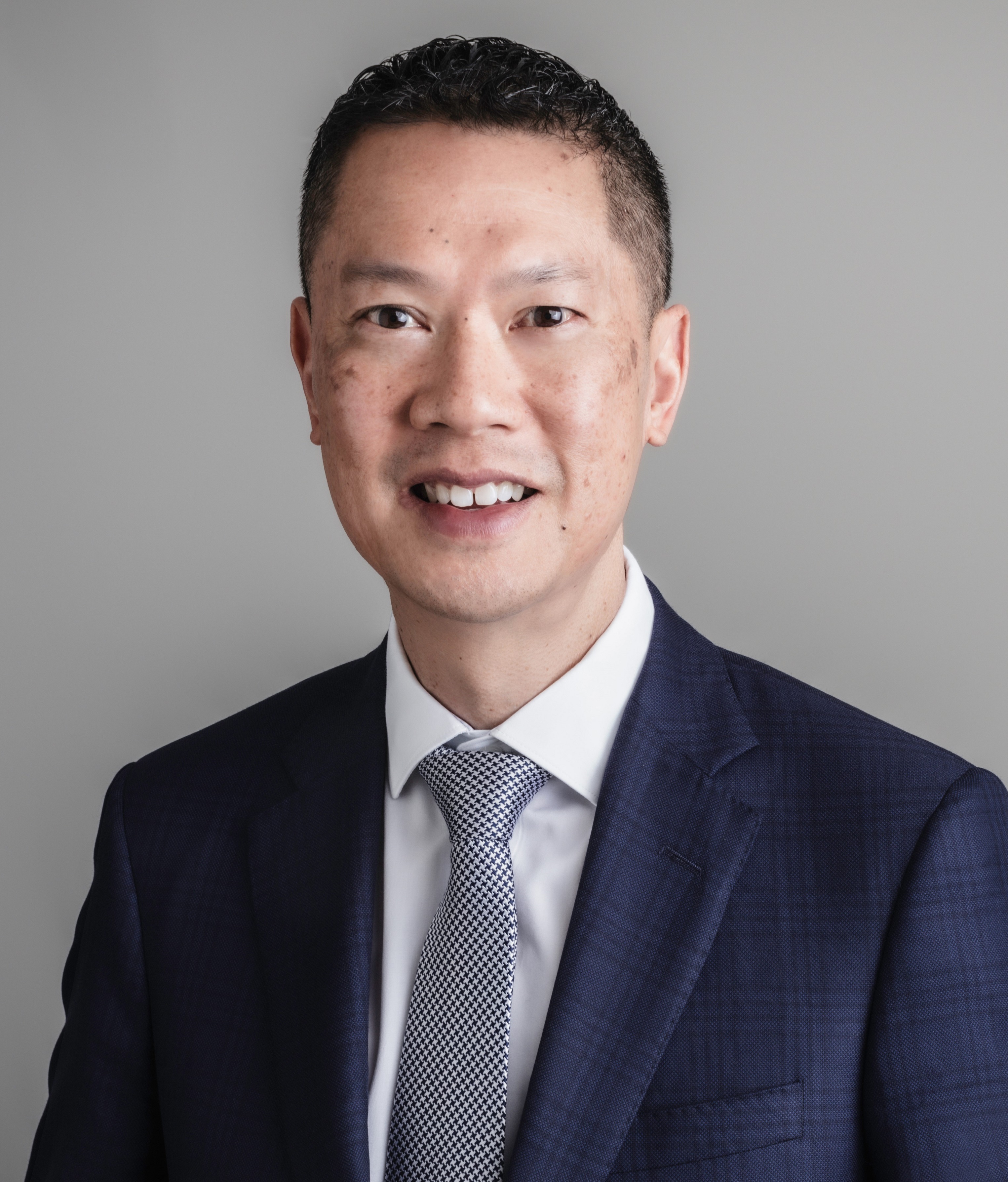 Kevin Loo, Q.C. is an experienced trial and appellate lawyer and has been a partner of Nathanson, Schachter & Thompson LLP since 2001. He was appointed Queen’s Counsel in 2021. Kevin practices in the areas of commercial litigation and bankruptcy and insolvency. He has successfully represented clients in a wide range of commercial and business disputes such as breaches of contract, class actions, disputes arising from real estate and lease transactions, commercial fraud, professional negligence, claims among partners and shareholders, claims arising from franchise and dealership agreements, and employment and wrongful dismissal. His bankruptcy and insolvency practice involves advising and representing debtor companies, secured and unsecured creditors, and other parties involved in business insolvency proceedings.

Kevin regularly appears as counsel in the B.C. Supreme Court and Court of Appeal. He has appeared in the Supreme Court of the Northwest Territories, in the trial division of the Federal Court, and before various administrative tribunals.  He regularly contributes to continuing legal education in British Columbia, by writing articles and presenting at courses and conferences.

Kevin was called to the Bar of British Columbia in March 1994, and joined NST in September 1994. Prior to joining the firm, Kevin was a judicial law clerk to three justices of the British Columbia Court of Appeal.