Shareholder activism is on the rise. Once a tool used primarily to direct and shape the composition of a company’s executive board, it is increasingly utilized by equity shareholders seeking to influence mergers & acquisitions and corporate governance issues. In recent years, new strategies have emerged that have increased the scope and power of activist methods, aided by social media and encouraged by a rise in successful dissident actions. We asked Teresa Tomchak of Farris LLP to walk us through the latest developments and trends in shareholder activism and what it means for Canada’s corporate sector.

How has shareholder activism evolved over the last twenty years in Canada? How have Canadian laws and regulations shaped the current environment?

Shareholder activism has generally increased especially in recent years with respect to M&A activism rather than simply board fights.  Activists have a much broader reach available to them through the use of social media. Shareholder activism has become increasingly sophisticated, with many institutional activists, however many companies remain the subject of activism from retail shareholders, particularly founders. Although large companies have certainly been the subject of proxy contests, in Canada the majority of the fights are in micro-cap companies (under $50 million market cap).

A well-established tool, the poison pill (shareholder rights plan) was created decades ago to allow companies to respond in the face of a hostile takeover bid.  In the United States, where the poison pill originated, it allows companies to effectively “just say no” to a takeover bid.  In Canada, securities commissions generally allowed poison pills to be used to buy companies time in order to respond whether by way of an alternative bidder or to increase the offer, rather than to just say no (absent a few anomalies in 2010).[1]

However, amendments to legislation in 2016, which governs takeover bids, have effectively negated the use shareholder rights plans except for specific purposes such as to address creeping bids. There have been a few decisions since the 2016 amendments, which have indicated a clear intention to not deviate from the amended legislative regime, albeit a recent decision shows willingness to deviate where necessary.[2]

Another tool of significance that saw a dramatic rise in adoption by companies are advance notice requirements (“ANRs”).  ANRs set out procedures for any shareholder that intends to nominate a person for election as a director and normally stipulates a deadline by which shareholders must notify the company of their intention.  ANRs put an end to “stealth proxy contests”.  Although the use of ANRs has been blessed by the courts, similarly the court has cautioned that they are to be used as a shield by a company, not a sword.[3]  Proxy advisory firms, Institutional Shareholder Services (“ISS”) and Glass Lewis have cautioned against the misuse of ANRs by companies.

As noted above, the increased use of social media has made it easier for activists to reach a broader audience.  An associated tool with that is an increase in the “public broadcast” exemption from the proxy solicitation requirements for an activist.

Stock exchange rules have also had an influence on shareholder activism.  For example, “slate voting” has been prohibited by the TSX and the TSX requires all of its issuers to have a majority voting policy.

What are the success rates for challenges to corporate boards by activist stakeholders? What are the consequences if these contests fail to produce the desired change sought by those shareholders?

Although not a consistent trend, there has been a general upward trend in dissident win rates, averaging better than 50%.

Whether the activist or the company is successful in a proxy contest, it is often the case that another proxy battle is imminent.  Proxy contests are time consuming, expensive, can involve personal attacks on the individuals involved in them and may have a negative impact on relations with shareholders, apart from those directly involved in the proxy contest.  Once a proxy contest is complete, a company (whether the incumbent board or dissident) will usually be permitted some time before another proxy contest is commenced.  However, it is common to see litigation during and immediately following, whether to challenge meeting results or with respect to a transaction that occurred or was proposed during the proxy contest.

What have been the causes behind the recent rise in hedge funds using activist tactics to force corporate change? Do you foresee this uptick in activity being maintained, or will it be a short-term trend?

Hedge funds may make very significant investments and therefore can be very motivated to see change.  Moreover, as noted above, proxy contests can be very expensive for both sides of the fight.  An average retail shareholder often will not have the resources to mount an effective proxy campaign, particularly as it will frequently involve related litigation and regulatory challenges. This trend is likely to continue. More sophisticated activism such as short-selling activism is likely to involve hedge funds.

What industries have been most affected by stakeholder-driven divestment? What are the motivations behind these divestment actions, and what effects have you observed on the targeted companies or sectors?

In Canada, given that the majority of proxy contests are in micro-cap companies many of them involve the mining industry, though no sector is immune.

Emerging industries can also often be the subject of proxy contests.  Cannabis-related companies have involved much litigation and often suffer from poor corporate governance that may be a result of the relatively new emergence from an otherwise illegal industry.  Despite related litigation, there has not yet been a significant amount of proxy contests in the cannabis industry but we expect that this will increase.

What options do corporate boards have to resist shareholder activism? How can they avoid making concessions while averting proxy fights and other damaging divisions? Conversely, how can activist shareholders successfully pressure their boards without engaging in divisive tactics?

Many steps can be taken by companies to resist shareholder activism.  Common tactics are to reject a shareholder requisition to call a shareholder meeting to replace the board, taking an offensive such as attacks in news releases, making regulatory complaints and commencing litigation. In addition, a company should ensure that it has the standard defensive tools discussed previously such as ANRs.

A company can consider the guidelines issued by ISS and Glass Lewis to determine the types of actions that are supportable and in line with good corporate governance and those that can lead to attack. ANRs generally have broad support provided their terms are compliant.  Exclusive form proposals or bylaws that restrict where a shareholder can commence proceedings are very case dependent.  ISS and Glass Lewis generally recommend against any enhanced shareholder meeting quorum requirements for contested director elections.

One of the most successful ways for an activist to effect change without engaging in divisive tactics is to privately reach out to the company and attempt to engage them on the issues that are troubling the activist.  Similarly, one of the most effective steps for a company is to maintain regular contact and strong communications with its shareholders, particularly the largest ones to understand potential issues before they arise and to have support from those shareholders if problems do arise.

What are some corporate governance best practices that you would recommend to companies worried about activist shareholders? How do ESG matters factor into the advice you would offer companies seeking to minimize their risk here?

Companies should ensure they are compliant with industry standards and have regard to the best practices set out by ISS and Glass Lewis.  Environmental, Social and Governance (“ESG”) is becomingly increasingly important to shareholders. Companies should understand how rating bodies rate their companies relative to peers and should consider using frameworks to understand issues that are material to their business and important to stakeholders. Companies are increasingly required to disclosure various diversity metrics.

Do you have any other insights on helping clients navigate the legal landscape of shareholder activism post/during COVID?

Legislation allowed companies to postpone their annual general meetings.  Many activists also decided not to pursue change during the pandemic.  However, there is starting to be an increase in activist campaigns as delayed meetings are now occurring and activists who may be taking advantage of opportunities, and reacting to depressed share prices are now starting to agitate for change.

One lasting effect of the pandemic is likely to be an increased use of virtual or hybrid meetings (partially in-person and partially virtual).  Virtual meetings can be particularly problematic during a contested meeting, as it requires co-operation between a company and an activist to address the voting challenges that arise at a contested virtual meeting. Nevertheless, virtual or hybrid meetings do provide more accessibility than a traditional in-person meeting and are likely to continue. Once the tools are more fully developed, it is likely that the challenges involved in virtual meetings will be overcome. 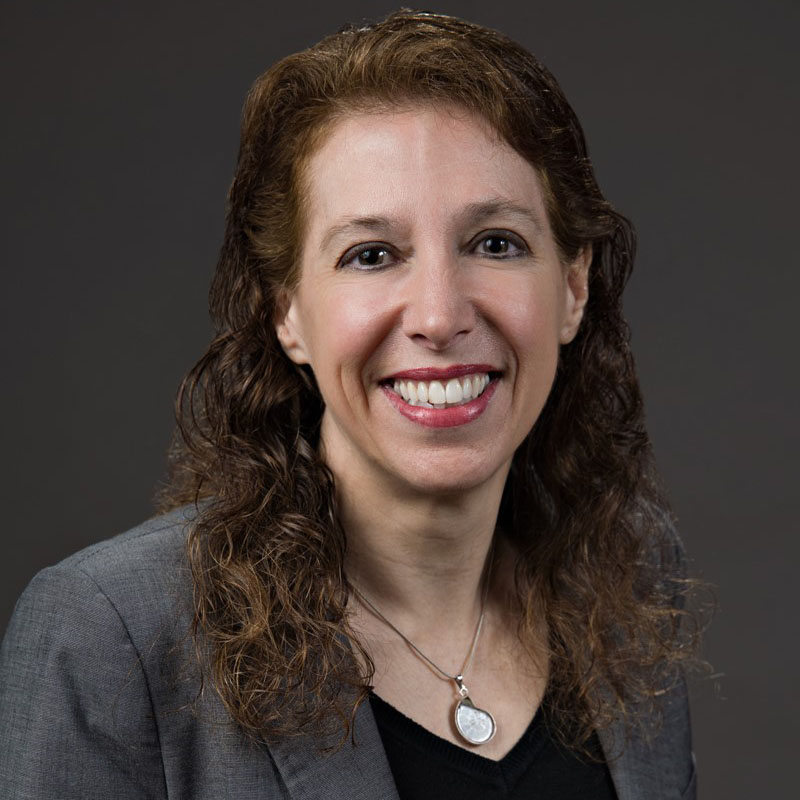 Teresa is a partner at Farris LLP. Teresa has extensive experience in securities litigation and regulation. Teresa has been involved in numerous shareholder disputes, hostile takeover bids, proxy fights, contested plans of arrangement and securities class actions. Teresa has represented clients during investigations and enforcement hearings before various provincial securities commissions and IIROC. Teresa is a co-author of CLE’s award winning text, British Columbia Business Disputes. Teresa was recognized as Benchmark’s Top 250 Women in Litigation and Top 50 Women in Litigation in Canada. She is also recognized as a litigation star by Benchmark Canada and was shortlisted for Canada’s Securities Litigator of the Year. She is recognized in Chambers Canada, and in The Best Lawyers in Canada in the area of securities law.

[2] See Aurora Cannabis 2018 ONSEC 10 and ESW Capital, LLC 2021 ONSEC 7, The Alberta Securities Commission issued an oral decision on July 12, 2021 with reasons to follow increasing the minimum tender from 50to 55% and directing disclosure relating to swaps where concerns arose with “empty tendering”.  This was an area that the courts refused to intervene previously as demonstrated in Telus Corporation v. Mason Capital Management LLC., 2012 BCCA 403