Market Manipulation in Canada: An Overview

The regulation of market manipulation has been at the forefront of efforts to modernize the Canadian securities landscape. Recently, the Canadian Securities Administrators (the “CSA”) released a consultation paper on activist short selling and the Ontario Capital Markets Modernization Taskforce (the “Taskforce”) released a report in support of regulatory reform which included recommendations for increased regulations around short selling. The CSA and the Taskforce both considered how to find a balance between fostering efficient and innovative capital markets while still ensuring investor protection.

Ultimately, the increased scrutiny of market manipulation is justified, particularly given the escalating use of social media as a means for disseminating negative information designed to artificially decrease share prices of targeted issuers for personal gain. Canadian securities legislation already contains general prohibitions on market manipulation, making misleading statements and fraud, which may be used by regulators to combat unwanted activist short selling activity. However, the CSA is considering (and the Taskforce has recommended) regulatory intervention to specifically target such activity. New regulatory or remedial provisions could improve investor protection and market efficiency while still allowing for legitimate and appropriate short selling behaviour to continue unimpeded.

The focus on identifying, preventing, and prosecuting market manipulation is timely. In mid-to-late January 2021, GameStop Corp Inc. (“GameStop”), which trades on the New York Stock Exchange, saw its stock price increase by over 1600% when amateur “retail investors” coordinated and bought up large numbers of shares in the company. These investors inflated the stock price, in part, to ensure that institutional short selling investors who were depending on a decline in the stock price would incur significant losses by requiring them to repurchase stock at the inflated price.[1] This “short squeeze” has been characterized by these retail investors as one of the greatest short-term redistributions of wealth in recent history.[2]

The debate around whether the actions of the retail investors or institutional investors were, in fact, proper or abusive highlights one of the questions before securities regulators: how can regulators effectively manage and prosecute those who act with the intent of manipulating stock prices? Concerns relating to the inherent harm caused by deliberate attempts to destroy shareholder value for personal gain are compounded by what many believe is an insufficient regulatory framework in Canada to deter and protect against such misconduct.

Currently, provincial securities legislation throughout most of Canada prohibits individuals from engaging or participating directly or indirectly in activities that they know or reasonably ought to know “results in or contributes to a misleading appearance of trading activity in, or an artificial price for, a security.”[3]

Despite this express prohibition, individuals are rarely held accountable under these provisions since liability requires a finding of a real market impact caused by the alleged market manipulator’s misleading or untrue statements. To that end, it is often difficult to show a “misleading appearance of trading activity” and/or an “artificial price” because proving that would require a determination of the “real” supply and demand for the stock, and a finding that this “real” market activity was distorted by the investor in question.

It is also unclear what type of evidence would be required to demonstrate an attempt to create an “artificial” stock price, as opposed to actions that are the result of a free and fair market. Given the number of successful short selling campaigns over the last decade (approximately 70 according to the CSA), investors need better guidance to ensure that trading does not cross the line into manipulation. For instance, scrutinizing the actions of the various parties in the GameStop incident would not lead to any clear answers: Would activist short selling by institutional investors constitute a misleading attempt to create an artificial price, absent evidence that their intention was to “short and distort” the stock? Would the mass purchase of GameStop stock by retail investors be considered genuine market activity based on “real” supply and demand for the stock, or would the online coordination of the investors with the goal of bankrupting hedge funds suggest an “artificiality” to a higher stock price?

Market manipulation also puts a spotlight on the issuer’s actions. For example, in the summer of 2020, after seeing its shares soar in value despite having recently filed for Chapter 11 bankruptcy, Hertz Global Holdings Inc. (“Hertz”) considered whether the company should capitalize on its unexpected good fortune and sell shares to fund itself during bankruptcy proceedings. However, Hertz abandoned this plan after it came under the scrutiny of the Securities and Exchange Commission. This raises questions about permissible behaviour from an issuer in the wake of inflated share prices and, in particular, about the disclosure requirements that may be necessary to adequately protect investors purchasing those shares from the issuer at an inflated price.

Technological advancements, including the proliferation of social media and online broker activity, have had a significant impact on the fairness, volatility, and transparency of the capital markets.[4] It is no surprise that regulators are considering reform to reduce the ease with which market manipulation occurs.

As noted above, under current securities regimes, activist short selling is not prohibited outright. However, some of the recommendations of the Taskforce in its report, along with proposals by other securities commissions in Canada and suggestions by the CSA, suggest the possibility of change.

For example, in response to its finding that there are insufficient means to ensure the availability of securities to settle a short trade, the Taskforce recommended that dealers be required to confirm the ability to borrow adequate security prior to accepting or making a short sale. The CSA, in its consultation paper, proposed enforcing more stringent reporting and disclosure obligations on activist short sellers as well as a minimum hold period for short positions.

The Taskforce also recommended specific prohibitions from making misleading or untrue statements about public companies, which would prevent institutional short sellers from being able to “short and distort” stocks. This recommendation would allow the Ontario Securities Commission (the “OSC”) to take enforcement action against any person or entity who: (i) makes statements known to be (or where there is a reckless disregard for whether these statements are) misleading or untrue; and (ii) which would be expected to affect the market price or value of the securities or influence investment decision-making of a reasonable investor. The OSC would not need to prove that the market was actually distorted; just that there was an intention to impact the market or influence the “reasonable investor’s” decision-making.

Along similar lines, the British Columbia Securities Commission recently proposed new enforcement tools to combat market manipulation schemes and misrepresentations on social media. These pending changes follow recent amendments to British Columbia securities laws which remove the requirement to establish that a misrepresentation had an actual impact on the share price in cases of alleged market manipulation, thereby removing the need to prove “real” vs. “artificial” market activity.

The Need for Change

Many stakeholders agree that regulatory and legislative changes are necessary to inhibit those who seek to artificially manipulate stock prices for their own profit. It is apparent that any changes to the current regime should: (i) address the impugned activity itself to ensure that activist trading, no matter its form, occurs in a manner that is not abusive or unfair to other market stakeholders; and (ii) permit effective enforcement of securities law to ensure that those who intend to manipulate the market can be prosecuted for their misconduct. Such reform, if done correctly, will give Canada a competitive edge by ensuring investor protection while maintaining active and efficient capital markets.

David Kelman and Robert Sniderman were contributing authors to this article. 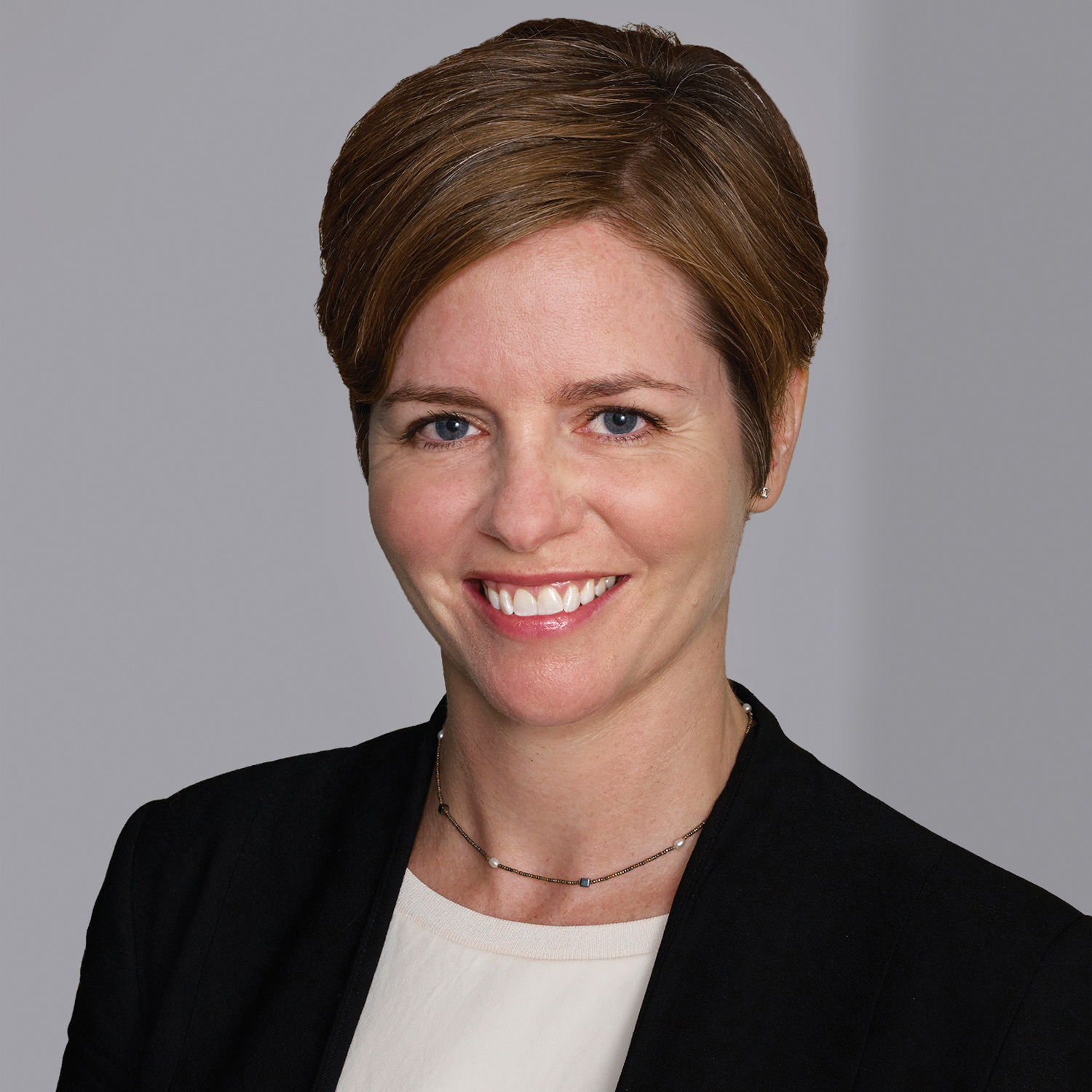 Lara Jackson is a partner in the Litigation Group at Cassels and serves as Chair of the firm’s Securities Litigation Group. Lara has an active and varied commercial litigation practice with expertise in class actions and securities litigation. Lara brings a strategic, analytical and practical approach to the most complicated disputes, while maintaining her focus on achieving resolution as efficiently as possible. She has defended numerous class actions involving securities, competition law, employment and oppression matters. Lara also regularly represents market participants in Canadian and cross-border civil and regulatory proceedings, involving alleged securities act violations. She has represented clients in a broad range of commercial cases involving proxy contests, takeover bids, contested plans of arrangement, shareholder disputes, oppression remedies, and insolvency disputes. 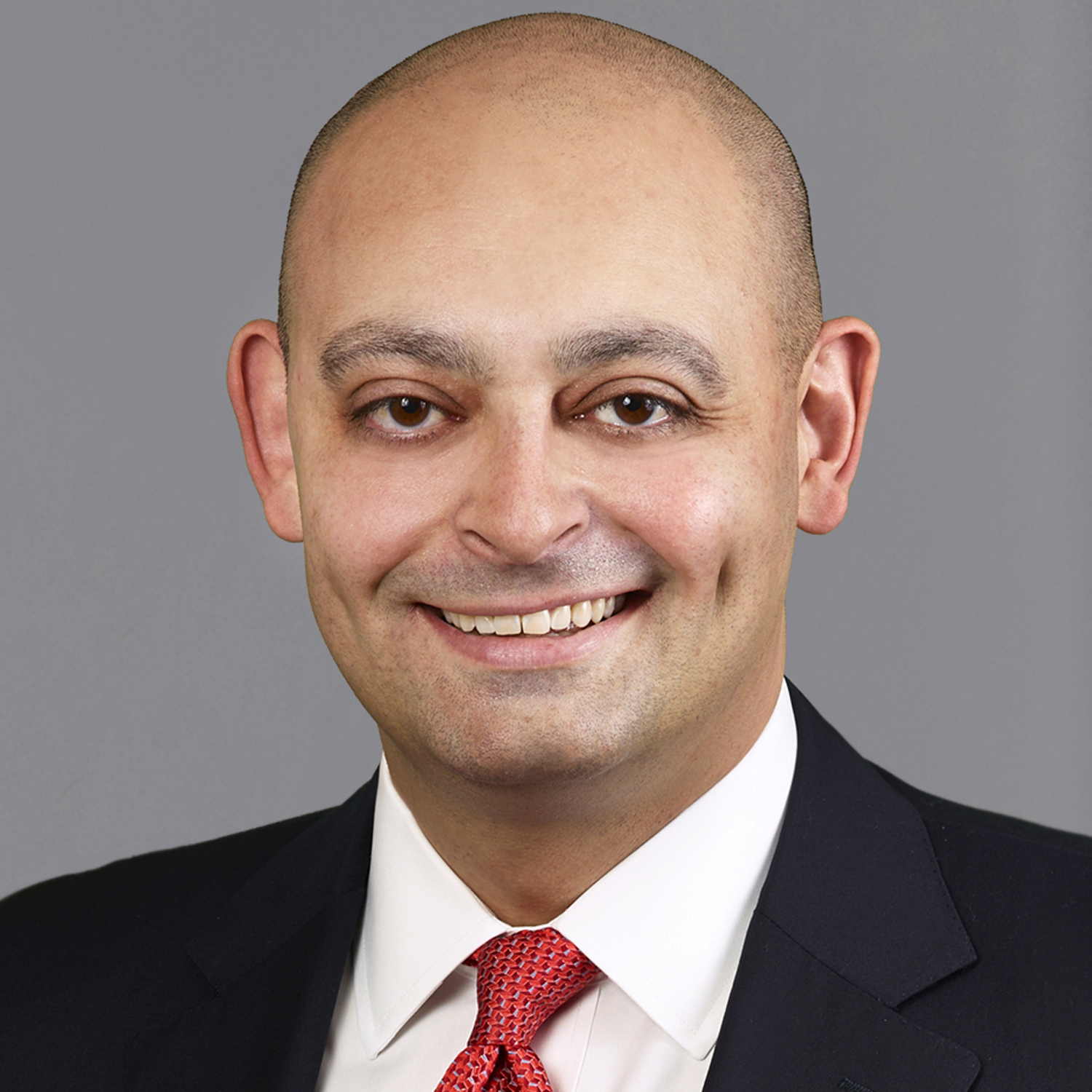 John M. Picone is a partner in the Litigation Group at Cassels. His practice focuses on complex securities, corporate, and commercial litigation, with an emphasis on shareholder disputes, oppression claims, class actions, and regulatory investigations. John takes a strategic, analytical, and practical approach to highly complicated disputes, while focusing on business needs and the big picture. He has extensive experience representing public and private corporations, directors and senior executives, and shareholders in the financial services, cannabis, infrastructure, and mining sectors. 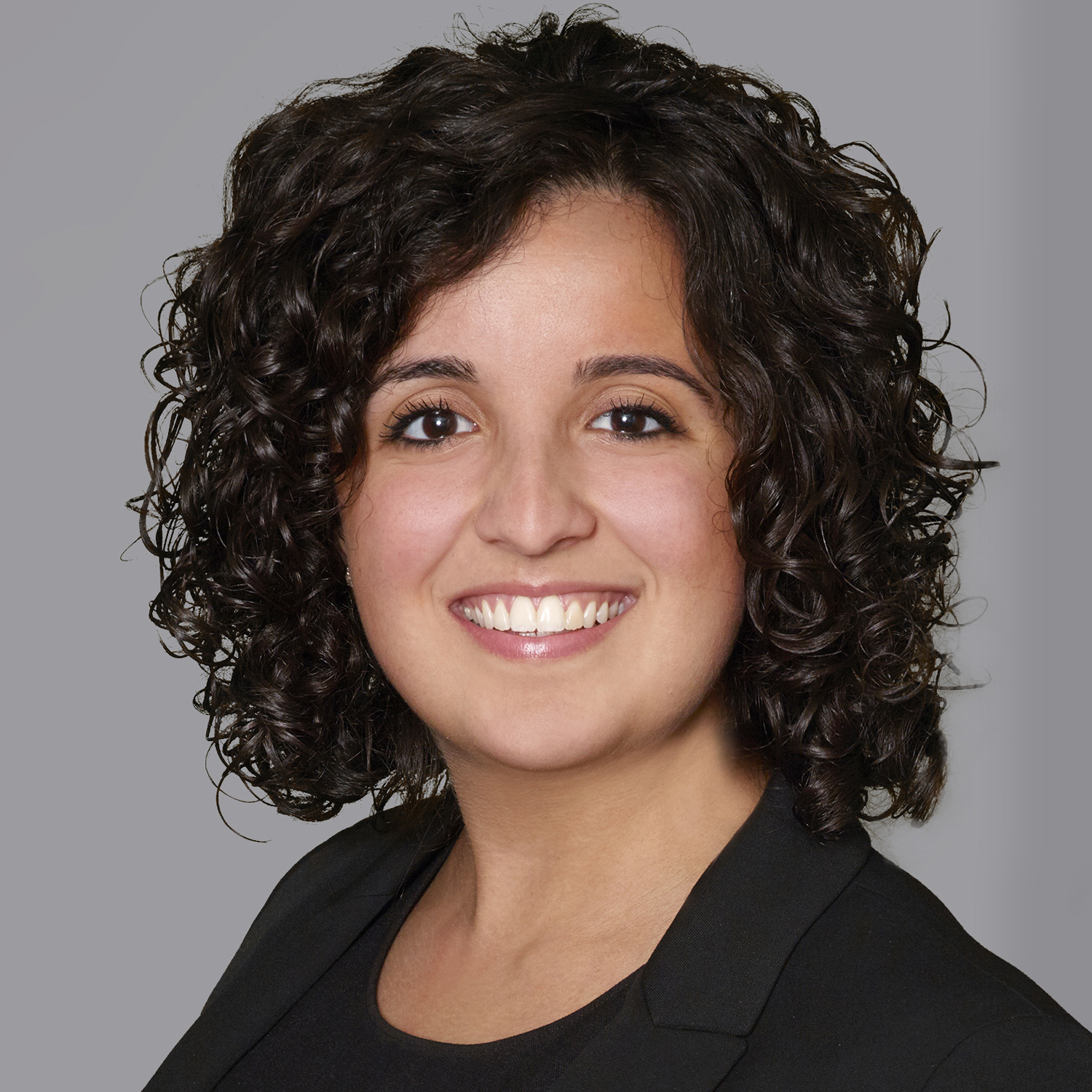 Stephanie Voudouris is a partner in the Litigation Group at Cassels. Stephanie has an active commercial litigation practice with a focus on securities litigation. She brings a practical, strategic, and analytic approach to complex disputes while maintaining a focus on achieving effective and efficient resolution. Stephanie has acted for companies, directors and officers, and shareholders in transactional litigation arising from shareholder disputes, oppression claims, proxy fights, and class actions, including primary and secondary market liability claims. 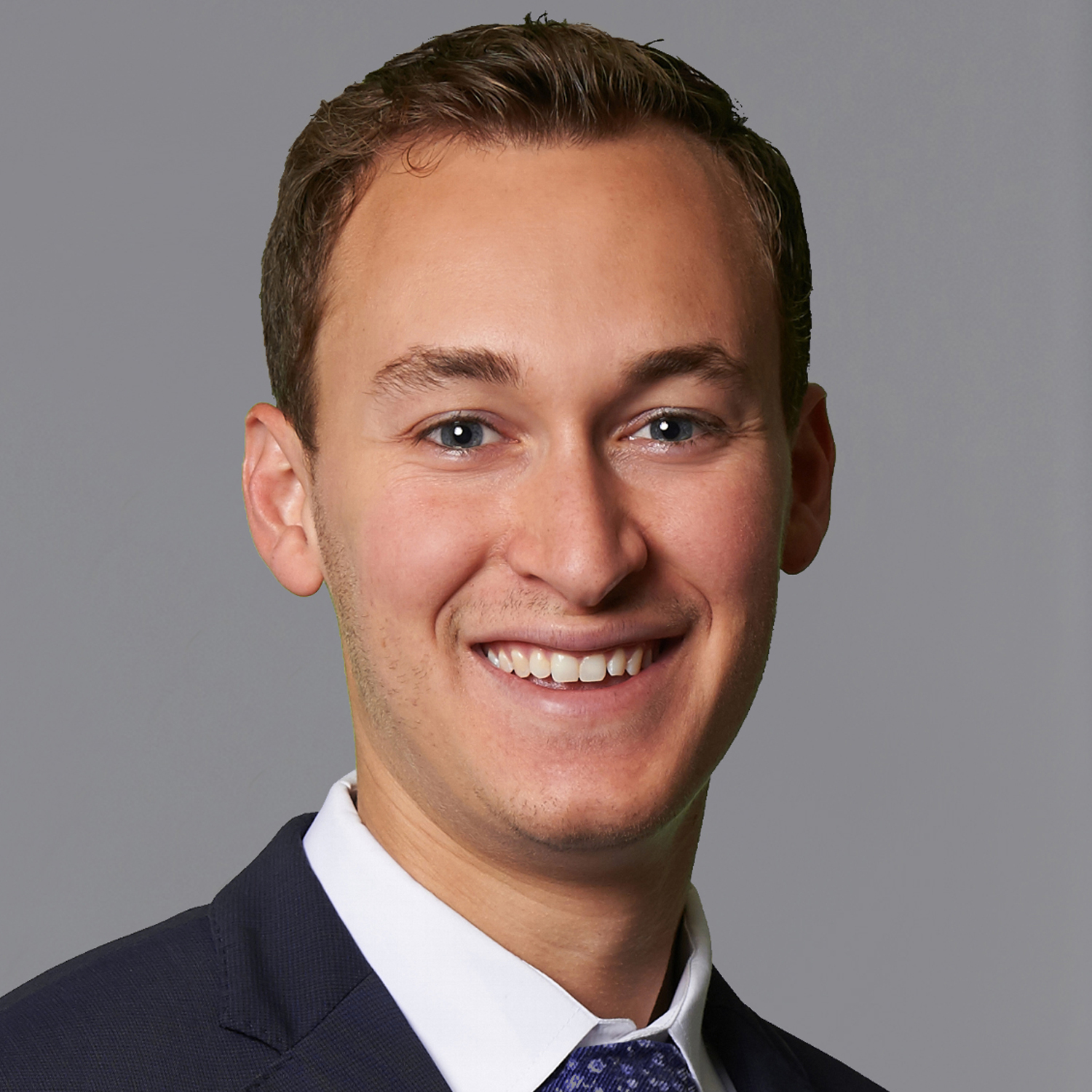 David Kelman is an associate in the Litigation Group at Cassels. David has a broad commercial litigation practice with a particular emphasis on corporate and securities litigation. He adopts a practical and analytical approach to resolving disputes, while focusing on the client’s business needs and strategic objectives. David also has experience representing public and private corporations, directors and senior management, and shareholders in a broad range of commercial cases involving oppression remedies, takeover bids, breach of contract claims and shareholder disputes. 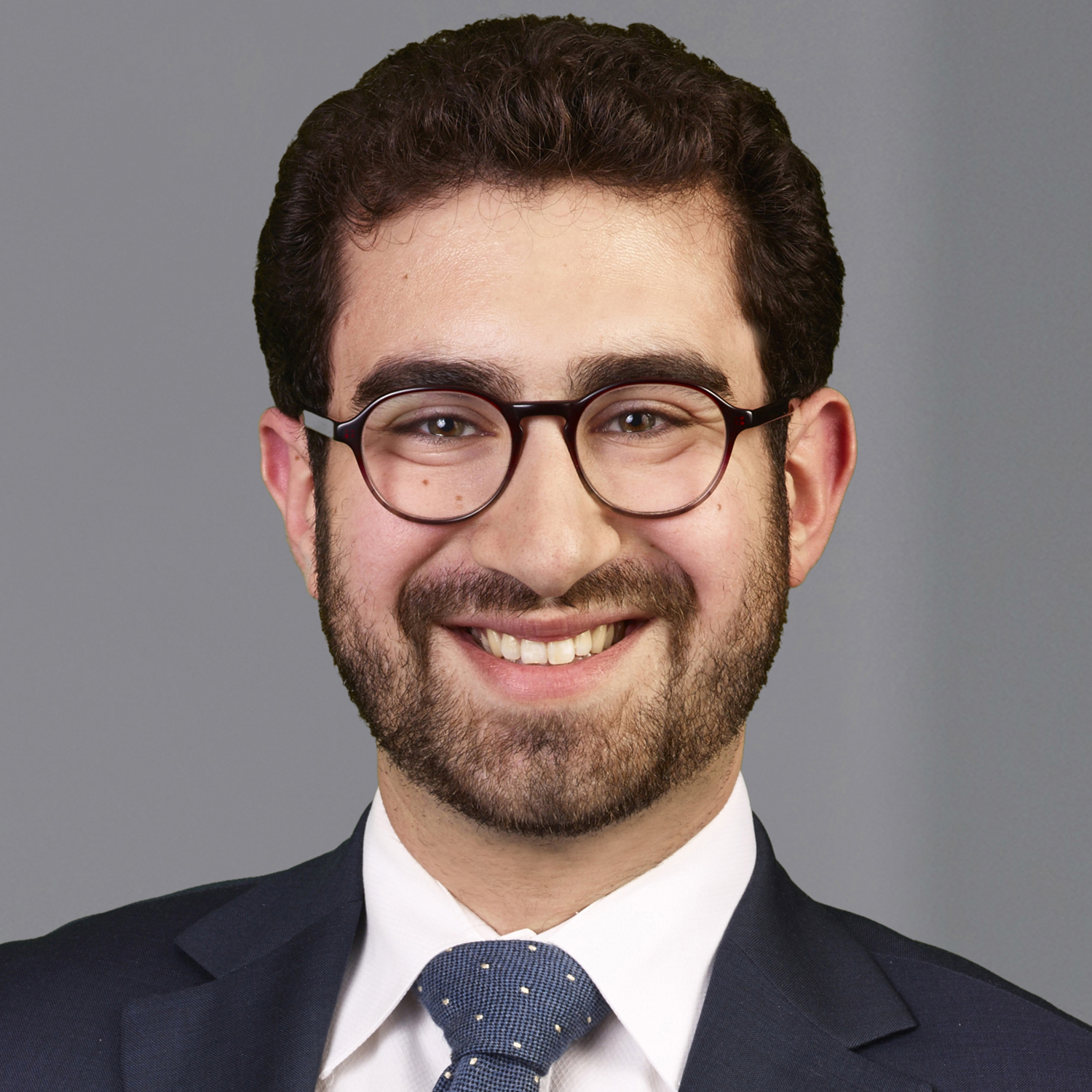 Rob Sniderman is an associate in the Litigation Group at Cassels. Rob has a broad corporate and commercial litigation practice and offers experience in a variety of areas including class action, franchise, and securities matters. Before joining Cassels as an associate, Rob summered and articled with the firm.

[1] Another layer of complexity emerged when Robinhood, a free online stock trading app used by many of the retail investors, stopped its users from being able to purchase GameStop shares – an unprecedented action, which some believe was taken at the behest of certain institutional investors seeking to prevent further losses. A class action against Robinhood has already been commenced, alleging in part that Robinhood restricted further trading in GameStop to protect institutional hedge funds from incurring even greater losses.

[4] For example, the CSA identified that the rise in use of social media may contribute to market manipulation, and that there is increasing concern that Canadian legislation addressing market manipulation is less effective than those in other jurisdictions.