Having a tribunal proceeding permanently stayed on the basis of administrative delay has never been an easy feat. Canadian Courts have long held that in order for the passage of time to give rise to an abuse of process, the delay must be “inordinate”. That is, the applicant will suffer significant prejudice if an administrative proceeding is not stopped in its tracks. Broadly speaking, Courts try to strike a balance between the fair administration of justice and the need to have a hearing proceed on the merits.

This past summer, the Supreme Court of Canada (“SCC”) reconceptualized the circumstances in which an excessive delay amounts to an abuse of process, justifying a stay of proceedings. A number of key lessons emerge from Law Society of Saskatchewan v. Abrametz, 2022 SCC 29 (“Abrametz”), a decision that, in many ways, heightens the bar to achieving a stay in the administrative law context.

Is a six-year delay sufficient?

Abrametz involved a professional discipline hearing by the Law Society of Saskatchewan (“Law Society”) against Mr. Abrametz (“Abrametz”) for various trust account and financial irregularities. The delay at issue was approximately 71 months – the equivalent of nearly six years.

In 2012, the Law Society commenced an audit investigation into Abrametz’s financial records. This resulted in the Law Society issuing a “notice of intention to interim suspend” his license in February 2013. However, the parties agreed that Abrametz could continue to practice law on conditions. A final trust report was submitted to the Law Society by the auditor in October 2014. The Law Society charged Abrametz by way of formal complaint in October 2015, and the matter was referred to a disciplinary committee.

At the same time, Abrametz’s tax situation resulted in litigation before the Courts. The disciplinary committee of the Law Society denied Abrametz an interim stay of the discipline hearing, pending the resolution of the tax investigation in August 2016.

Ultimately, the discipline proceedings against Abrametz took place on May 17-19, August 9-10 and September 29, 2017. On January 10, 2018, Abrametz was found guilty of four charges against him by the Law Society’s Hearing Committee (the “Hearing Committee”).

That summer, Abrametz sought to stay the proceedings against him on the basis that the amount of time it took the Law Society to investigate and prosecute him amounted to an abuse of process. The stay motion was heard on September 18, 2018, at the same time as Abrametz’s penalty hearing.

By January, 2019, the Hearing Committee had issued its penalty decision and disbarred Abrametz, with a right to apply for readmission on January 1, 2021.

The majority of the SCC reversed, with Justice Coté dissenting, holding that while the Hearing Committee’s actions were not above reproach, there was no inordinate delay.

In its ruling, the SCC established a number of key lessons about how Canadian Courts will now approach administrative delay:

1. Procedural fairness concerns may be subject to civil standards of review

In administrative proceedings, abuse of process is a question of procedural fairness.

In assessing whether the delay in this case gave rise to a breach of procedural fairness or an abuse of process, the Court noted that the appeals were advanced under Saskatchewan’s Legal Profession Act, 1990. Citing its previous decision in Canada (Minister of Citizenship and Immigration) v. Vavilov, 2019 SCC 65, the Court held that the “appellate standards” of review applied, i.e., palpable and overriding error and correctness.

Because the issue of an abuse of process constitutes a “question of law”, the standard of review was the less deferential appellate standard of correctness. The Court noted that its analysis above did not depart from the ordinary standards of review applicable to judicial review decisions, where the prerogative writs of mandamus, prohibition and certiorari apply. Rather, because this was a statutory appeal, the “appellate” standards of review governed.

2. The two types of delay giving rise to an abuse of process

Prior to Abrametz, the leading case on administrative law delay was the Court’s 2000 decision, Blencoe v. British Columbia, 2000 SCC 44. In Blencoe, the Court established that a delay gives rise to an abuse of process in two circumstances:

It was the second form of delay that was at issue in Abrametz.

3.  The criminal test for delay has no application to administrative law

In R. v. Jordan, 2016 SCC 7, the Court addressed serious problems of delay in the criminal justice system. It characterized such delay as arising from a “culture of complacency”, noting that inordinate delay was prejudicial in and of itself where an accused is subject to criminal prosecution.

4. Factors relevant to deciding whether there has been “inordinate” delay

Not all delays in the administrative context will amount to an abuse of process. To meet that threshold, the Court must examine the specific context of the case.

Developing the Blencoe test further, the Court held that the following factors must now be considered in assessing delay:

5. Is a stay of proceedings the only relief available?

Abrametz recognizes that there may be a range of relief awarded to address an inordinate delay.

A permanent stay of proceedings “is the ultimate remedy for an abuse of process”. Recognizing the gravity of the remedy, the Court must ask: “would going ahead with the proceeding result in more harm to the public interest than if the proceedings were permanently halted?”

Serious charges against an applicant may militate against granting a stay, while factors like the absence of complainants or where the applicant did not contribute to the delay may tip the balance toward granting a stay.

Other remedies to address an abuse of process include a reduction in sanction or a costs award against the administrative agency.

Delay in the absence of hearing unfairness: A new normative framework

Abrametz represents a refinement of the administrative delay analysis, particularly where hearing unfairness is unaffected.

The Court’s emphasis on the inordinate nature of the delay, prejudice and a final analysis of the equities, speaks to the high threshold an applicant will now have to meet to prove that a delay amounts to an abuse of process, where the fairness of the tribunal hearing is unaffected by the delay.

The normative principle underlying the Abrametz test is that administrative delay, in and of itself, is not akin to delay in the criminal justice system. While the latter attracts Charter scrutiny, the former may not. While this distinction is sound, it invites debate about whether all administrative delay is created equal.

Certainly an inordinate delay in a liquor licensing matter may not have consequences beyond economic ones for the applicant. However, delay in the hearing and prosecution of a professional misconduct case has far more serious implications. Where a person’s professional license is vulnerable to revocation, the justification for imposing a high evidentiary threshold to prove inordinate delay wanes considerably.

As the Court in Abrametz recognizes, much depends on context. Whether an administrative delay rises to the level of an abuse of process under the Abrametz methodology remains a question of fact. 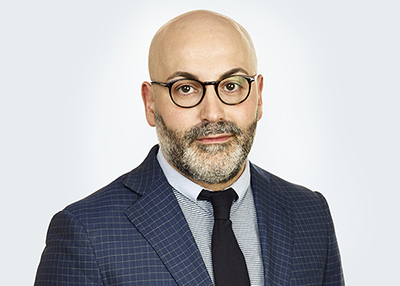 Marco P. Falco is a Partner in the Litigation Department at Torkin Manes LLP in Toronto, whose practice focuses on civil appellate litigation and judicial review. Marco is an award-winning legal writer who has been repeatedly recognized by Mondaq and Lexology as a “Thought Leader” and “Legal Influencer” in the areas of Public Law and Appellate Litigation.