Trending upward: inside Canada's record-setting mergers and acquisitions market and its global roots

The authors would like to thank Darren Acres, partner in the Dentons London, UK office, for his assistance with this article.

Despite recent upheavals – and perhaps, because of them – the global marketplace has grown ever larger and the businesses that make up its constituents have been bound together closer than ever before. It is a cliché to suggest that globalization has made the corporate world a smaller place, but the M&A trends in Canada’s economy are compelling evidence that market expansion and consolidation have gone hand in hand as these transactions have reached a fever pitch. The trends, tactics, and targets of Canadian M&A deals are heavily influenced by international markets, and never more so than now in the newly reengaged and reenergized global economy. But what are these M&A trends and where have they come from? What can other countries tell us about the future of corporate transactions? We asked these questions and more of the Dentons lawyers Tom Redekopp, Kelli Patel, Nicole Dunbar, and Alex Farcas – their answers and insights are below.

How have Canadian M&A deal trends evolved or emerged since the beginning of the COVID-19 pandemic? Have these mirrored international and cross-border trends, or are any of them uniquely Canadian?

After an initial slowdown in M&A activity in the early months of the pandemic, we have seen robust M&A activity over the past 12 months. In fact, 2021 is on track to be a record year for M&A transactions. Over 900 transactions were reportedly announced in Canada in Q2 2021 alone. This trend is not unique to Canada; our colleagues across the world are reporting similar levels of activity.

Not unlike the Canadian real estate market, this has created a strong seller market. Auctions have become increasingly contested with attractive targets drawing a significant number of offers. Whereas strategic buyers had the historical advantage, we are increasingly seeing private equity buyers being significantly more competitive. This is in part due to a desire to deploy capital that sat on the side-lines during a large part of 2020.

The seller market has resulted in high valuations and other seller-favourable terms in Canada and abroad, as  discussed below.

What recent trends have you seen in indemnity packages?

We have seen four broad trends in Canadian indemnity packages in the seller market.

First, parties are increasingly using buy-side representations and warranties insurance (RWI). This follows the model in other markets, such as the US and the UK. On deals with RWI, sellers typically provide some post-closing indemnification to cover:

Second, on an increasing number of deals with RWI, there is an emerging trend of “public company-style” indemnification terms, for which sellers have no (or limited) post-closing indemnification obligations and the buyers’ recourse is exclusively (or almost exclusively) confined to the RWI. This was rare in Canada a few years ago.

What trends have you observed in the representation and warranty insurance area for both carriers and transacting parties?  What advice do you have for parties who need to obtain RWI but who may have obstacles acquiring full coverage?

RWI has been common in the US for years and it is becoming more prevalent in Canada, not only for private equity funds or financial buyers but also for strategic buyers. In auction processes, in particular, financial and strategic buyers alike should be prepared to purchase and employ RWI to make their bid more attractive. Further, while traditionally used in transactions having an enterprise value between $50 million and $500 million, there has been a recent trend for RWI to be used in smaller deals—including transactions with a purchase price as low as $10 million.

As RWI is being used in more deals, there has been a corresponding increase in the number of RWI carriers, with many major players in the RWI market dedicating more time and resources to ensuring that they have a competitive product to offer to buyers. With an increase in the number of RWI carriers, buyers are well-positioned to, and indeed have been able to, negotiate more favourable pricing and broader coverage of RWI. One result is that some RWI has no retention, meaning that the RWI covers losses beginning at the first dollar. Another is buyers’ use of layered RWI, where the first layer is “typical” RWI and the second layer is “excess” RWI, which covers higher amounts of losses that relate to breaches of fundamental and certain other representations and warranties.

While the market for RWI is competitive, a buyer should be aware that RWI is not a replacement for completing a comprehensive diligence review of the target. In fact, the buyer must perform such diligence before an RWI carrier will issue RWI for the transaction.

Also, buyers should be mindful of any high-risk discoveries in their diligence review that may create uncertainty. These may lead RWI carriers to exclude coverage with respect to such matters. When there are coverage exclusions, buyers should be prepared to negotiate special indemnities by sellers to bridge the gap in coverage.

With all of the existing global financial and economic uncertainty, have you seen any increase in the use of so-called “locked box” deals in global or Canadian M&A? What are the advantages and disadvantages to these kinds of deals over transactions where post-completion purchase price adjustment is permitted?

In a locked box deal, the purchase price is determined based on a set of historical and forecast financial statements prepared prior to signing the purchase agreement. There are no purchase price adjustments for fluctuations in the target’s working capital or other financial performance from that date forward. The pros and cons of locked box pricing mechanisms are deal specific. In broad strokes, key upsides include price certainty and foregoing the expense of resources to calculate and settle post-closing purchase price adjustments. The approach also helps facilitate bid comparisons in an auction process and helps thwart any manipulation of price adjustment mechanisms such as deferring capital expenditures to artificially inflate cash at closing.

On the other hand, a locked box deal might merely shift the headache of post-closing purchase price adjustments to pre-signing because the parties will need to (i) agree on the appropriate reference date and historical / forecast accounts, (ii) define permitted value “leakage,” and (iii) negotiate locked box specific representations and warranties, restrictive covenants and related indemnities. More extensive diligence processes may also stagnate the deal given the buyer’s increased reliance on representations and warranties.

The UK and the rest of Europe have favoured locked boxes for years. At the outset of the pandemic, many predicted there would be a significant shift away from locked boxes because of the uncertainty of the business environment and the possibility for radical swings in business performance. However, the majority of buyers and sellers in the UK and the rest of Europe continue to favour the locked box approach, although there has been a slight increase in the use of post-closing purchase price adjustments.

In Canada, we have seen a slight uptick in the use of locked boxes. However, they remain a relatively novel and unused pricing mechanism.

Speaking in more general terms, do you believe that the world’s economic recovery has created a potential M&A bubble, or is this merely a return to form? What insights can you offer buyers that may be wary of overextending themselves in a bull market?

We are optimistic about the M&A market. We do not think we are in an M&A bubble.

Deal activity was relatively slow for the first few months of the pandemic. Many buyers sat on the side-lines because they were unsure whether (i) their own businesses could support growth through M&A, (ii) potential targets’ businesses would be harmed by the pandemic, and (iii) targets’ valuations would decrease. Similarly, many prospective targets were hesitant to engage in M&A because they did not want the value of their business to be discounted for the “risk of the unknown” associated with the pandemic.

After a few quarters of solid performance in 2020, buyers and sellers began to reengage in M&A. The pent-up demand has contributed to significant M&A activity for the last 12 months. Private equity buyers have sizeable amounts of capital that they want to deploy before investment periods end. Similarly, strategic buyers have earmarked capital to continue their growth through acquisitions. These combined forces have led to a market that provides attractive target valuations and seller-favourable deal terms. We expect that target valuations and deal terms will return to what we saw before the pandemic as buyers spend their capital reserves.

When valuing a target in the current market, a buyer can best avoid overextending itself by using reasonable assumptions about the target’s underlying performance. Sometimes, buyers try to justify higher purchase prices by revising their projections to be overly optimistic.

Do you have any other insights on helping M&A parties navigate the legal landscape post/during the COVID-19 pandemic?

Yes. The shifting pandemic underscores the need for three key pillars in the M&A deal process.

The pandemic has permeated the M&A landscape and will continue to shape deal structures and timelines. 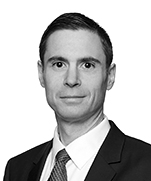 Tom Redekopp is a Managing Director in Dentons’ business law group. Tom’s practice focuses on public and private U.S. domestic and cross-border mergers and acquisitions and capital markets transactions. He also advises clients on U.S. securities law, corporate law, contract law, corporate governance, investments in operating companies and other corporate matters. He frequently assists boards of directors, special committees and transaction committees in M&A, including in structuring M&A and in assessing and managing actual and potential conflicts of interest. Tom has represented companies operating in the technology, life sciences, renewable and clean energy, food and beverage, construction and utilities sectors. 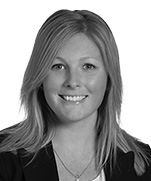 Kelli Patel is a partner in Dentons’ business law group. Kelli advises a broad range of clients on cross-border mergers and acquisitions, corporate governance and corporate/commercial law matters, with a particular focus on the life sciences and health sectors. Kelli has acted for public and private companies in connection with a broad range of matters, including share and asset purchase transactions, amalgamations and global corporate restructurings. Kelli has been involved in the incorporation and organization of companies and has experience drafting shareholder, partnership and other commercial agreements. Kelli also provides advice on a wide range of corporate and commercial law matters in a number of industries, including energy, life sciences, biotech, pharma, manufacturing, transportation and technology services. 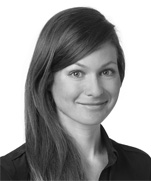 Nicole Dunbar is an associate in Dentons’ business law group. Nicole’s practice focuses on corporate and securities law. She has particular experience in mergers and acquisitions, private placement and bought deal offerings, and commercial transactions. 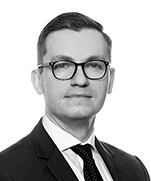 Alex Farcas is a partner in Dentons’ business law group and the Canadian lead for the mergers and acquisition group. Alex has extensive experience advising on complex cross-border public and private M&A transactions, including arrangements, take-over bids, share and asset acquisitions and restructurings. Alex also frequently acts for issuers and underwriters in private placements and public offerings and regularly advises issuers in connection with going public transactions and listing applications on the Toronto Stock Exchange, the TSX Venture Exchange and the Canadian Securities Exchange. He has acted for clients in a wide range of industries including technology, life sciences, biotech, pharma, mining, oil and gas and financial services.