In 1897, Clara Brett Martin became the first woman to be admitted to the legal profession in all the British Commonwealth. She was born in Toronto, Ontario, in 1874, of Hungarian and Irish ancestry. Her father was a superintendent of schools, while her mother came from a prominent banking family. Unsatisfied with the public school education that Clara was receiving, her parents engaged private tutors to provide their daughter with a more rigorous and exclusive course of study.

Clara graduated with a Bachelor of Arts from Trinity College in Toronto in 1890. The following year, she petitioned the Law Society of Upper Canada to permit her to become a student member. The Law Society dismissed her appeal, so she raised her case in the Ontario Legislature. A sympathetic M.P.P. decided to sponsor her cause and introduced a bill requiring that the word “person” in the Law Society’s statute be construed to include females as well as males. Before it could be passed, the act was watered down to permit – not mandate – the acceptance of women as solicitors.

At the time, the legal profession was bifurcated such that one could be admitted to practise legal office work as a solicitor, but not to appear in court as a barrister. As a result, Clara had to return to the Ontario Legislature to seek permission to be admitted as a barrister by way of introducing a new bill in 1895. Eventually, after passing all the hurdles and roadblocks, Clara received full formal eligibility to practice law in 1897.

There is no question that Clara’s actions paved the way for women seeking to be admitted to the legal profession in Canada. However, her journey, struggles, and victories cannot be readily transposed to all women. Although Clara was able to shatter a significant glass ceiling, it is important to bear in mind that Clara was not a person of colour and was from an affluent and well-connected family. In fact, she would later use her position of power to write to the Attorney General of Ontario urging action be taken against Jewish conveyancers, expressing anti-Semitic views.

The challenges facing women must therefore be viewed through an intersectional lens that recognizes that women who are racialized, women with disabilities, and women identifying as LGBTQ+ have separate and unique experiences. Without this perspective, lumping together all women in the crusade for gender equality risks ignoring the unique challenges felt by subgroups identifying with other forms of diversity, with the potential of allowing some women to fall through the cracks.

At first glance, the number of practising female lawyers to male lawyers might lead a person to believe that there is equity among men and women within the profession, at least as far as representation is concerned. The Federation of Law Societies of Canada aggregates statistical information provided by the provincial and territorial law societies about Canada’s legal profession. As of 2019, - the last year in which this data was aggregated - there were 49,175 practicing female lawyers and 56,678 practicing male lawyers, with more parity for lawyers who entered the profession more recently.

The rise in numbers of female lawyers in recent years can in part be attributed to the admission policies adopted by law schools. For example, the University of Windsor’s Faculty of Law surveyed its students to get a sense of their backgrounds and found that in the class of 2024, 70 per cent of the students identified as women. The University of Windsor attributed their large proportion of women students to their “inclusive and holistic admissions program” that asks applicants how they have shown resilience in their life and to demonstrate what they will contribute to society through their law degree. A focus on the character and intentions of an applicant, balanced against the usual metrics assessed by admissions, is an intentional step towards diversity and inclusion.

As mentioned above, gender intersects with other factors that can actually compound gender inequality. It is necessary to peel back the binary veil of men versus women. According to the Law Society of Ontario 2020 Annual Report on licensing statistics, the proportion of licensed female to male lawyers in the province was roughly equal, as was the proportion of female lawyers enrolled in the licensing process to male lawyers enrolled in the licensing process. Of those enrolled in the licensing process, however, only 29.9% came from a racialized community and only 0.9% were Indigenous. The fact that these figures are not broken down by gender suggest that there is more work to be done in understanding how other forms of diversity intersect with gender. Also telling is the omission of other forms of diversity, such as sexual orientation, cultural diversity, and disability.

Despite the increasing number of women being admitted into the legal profession, little is being done to address their early withdrawal. According to the Law Society of Ontario 2020 Annual Report on membership statistics, although the percentages of males to females practising law in Ontario were roughly balanced (55.94 per cent to 44.06 per cent, respectively), the report demonstrated a greater retention of men over the years as well as significantly fewer women making it to senior leadership positions. While the number of associates and employees was somewhat equal as between men and women, there were 5,183 male partners compared to 1,866 female partners.

This disparity in retention and career growth is multifactorial. In part, it reflects problems with industry practices, as many female lawyers face discrimination in how they are treated by both their colleagues and their legal adversaries, without much in the form of accountability from the guilty parties. At the same time, the exodus of women from the legal profession is also an indicator of wider societal patterns, as women still carry a heavier load of childcare and domestic duties and are less likely to have stay-at-home spouses to support them in full-time work.

Efforts must therefore be made by the legal community to support and empower women beyond passing the threshold into the profession. Addressing the issue of work-life balance, creating flexible work arrangements, and holding individual members of the community – at all levels of seniority – accountable for their discriminatory conduct are all steps in the right direction.

Even when women reach leadership positions, they still face inequality when it comes to wages. A 2022 study of in-house lawyers in Canada prepared by The Counsel Network in partnership with the Canadian Corporate Counsel Association showed that the gender wage gap has widened. Women continue to be paid less than men in the same roles across all job levels in the legal profession. Female in-house counsel reported an average base salary $24,000 less than their male counterparts. At higher wage levels, the disparity is starker: the study found that 42% of males received a mean salary of over $200,000 compared to 19% of females who earned the same amount.

Additionally, the same study showed that lawyers who are racialized and lawyers with disabilities face a significant challenge with equal pay. Three-quarters of the study’s respondents agreed to provide answers to a series of self-identification questions; of this group, about 22% were racialized in-house counsel. Looking at average salaries within gender and racialized status, the order is as follows: non-racialized men – $193,000; racialized men – $191,000; non-racialized women – $170,500; and racialized women – $160,000. While this can be explained by considering that the decreasing order of income coincides with decreasing numbers of individuals in senior roles, this explanation gives rise to the issue of inadequate representation of women in more senior roles.

Pushes for societal reform have played a significant role in driving the recent rapid expansion of equity, diversity, and inclusion (EDI) programs. Today, licensees with the Law Society of Ontario are required to complete continuing professional development hours focused on EDI. Education is an important step towards gender diversity and equality; however, measured progress also requires action.

In 2021, Lean In, a California-based non-profit, partnered with McKinsey & Company to release Women in the Workplace 2021, which sought to explore the intersectional experiences of women in corporate America. The study concluded that there was a disconnect between companies’ growing commitment to racial equity and the lack of improvement seen in the day-to-day experiences of women of colour. The authors urged companies to take six actions to make progress on gender diversity:

While the research did not look specifically at female lawyers in Canada, it reflects contributions from 423 participating organizations employing 12 million people and surveyed more than 65,000 people with diverse identities on their workplace experiences. Accordingly, the recommended actions can readily be extended to the Canadian legal community.

In fact, the recommendations align with suggestions made by the Roundtable participants, as set out in Pay Equity in the Legal Profession. Roundtable participants suggested mandatory compensation reporting as a way to make firms and workplaces be more transparent; adopting systems with specific metrics to quantify and value non-billable work; unconscious bias training; greater diversity at the decision-making level, and encouraging clients to expect and demand better representation on their files. The WLF suggested that normalizing parental and other types of extended leave and recognizing the benefits to the legal workplace of encouraging lawyers of all genders to take extended leaves, would lessen the penalization of women lawyers.

In 1897, a white cis-woman from an affluent and well-connected family became the first woman to be admitted to the legal profession in Canada. This event should be celebrated as a significant marker in the path to acceptance of women in law. That said, there is still much work to be done. 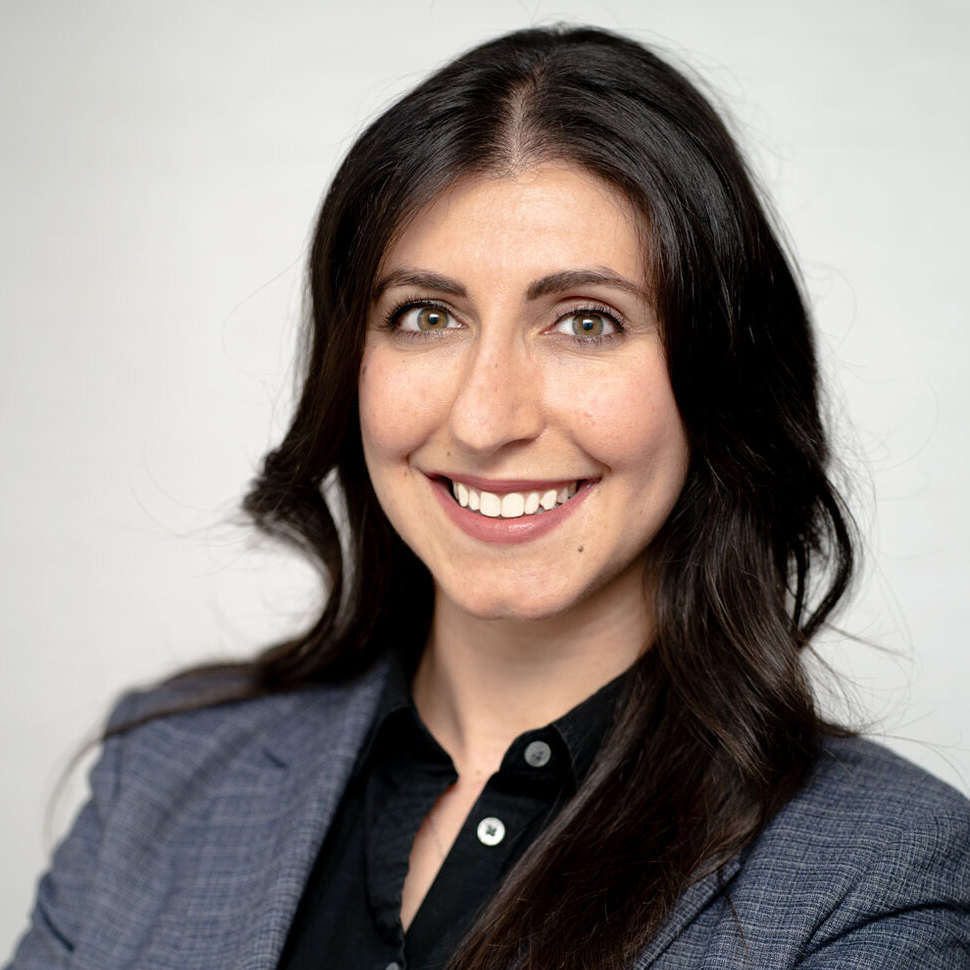 Shortly after completing her articles at a boutique insurance defence firm in Toronto, Sylvia Guirguis discovered that her passion lay with plaintiffs and insurance claimants. She joined a dedicated personal injury firm in 2015 where she remained until joining the Singer Kwinter family in 2021. Sylvia uses her knowledge gained on the defence side as a tool in strategizing and diligently fighting for her clients’ rights in pursuing justice and fair compensation. Her academic interest in research helps her advance novel legal arguments and informs her assessments of complex cases.

Sylvia recognizes that the clients of Singer Kwinter are often experiencing one of the most difficult periods of their lives. She exercises the same compassion and eagerness to be of service that she has in her past experiences with Parkdale Community Legal Services and Justice for Children and Youth during her legal education, and as a personal injury lawyer since her call to the Bar.