The Competition Act is currently under Ottawa’s microscope. The Commissioner of Competition has publicly called for reforms, and a member of the Senate invited consultations on how society’s ever-increasing digitization necessitates updates to the regime.

The efficiencies defence to anti-competitive mergers, conspiracies among employers to fix employee wages, merger-notification loopholes, and “killer acquisitions” are among the competition-law topics under scrutiny, say lawyers.

“Globally, right now, many jurisdictions are reviewing and considering their existing competition-law framework and anti-trust framework, to see whether or not the laws are adequately dealing with the present marketplace out there, with a particular focus on digital markets,” says Antonio Di Domenico, co-leader in competition, marketing, and foreign investment at Fasken Martineau DuMoulin LLP. 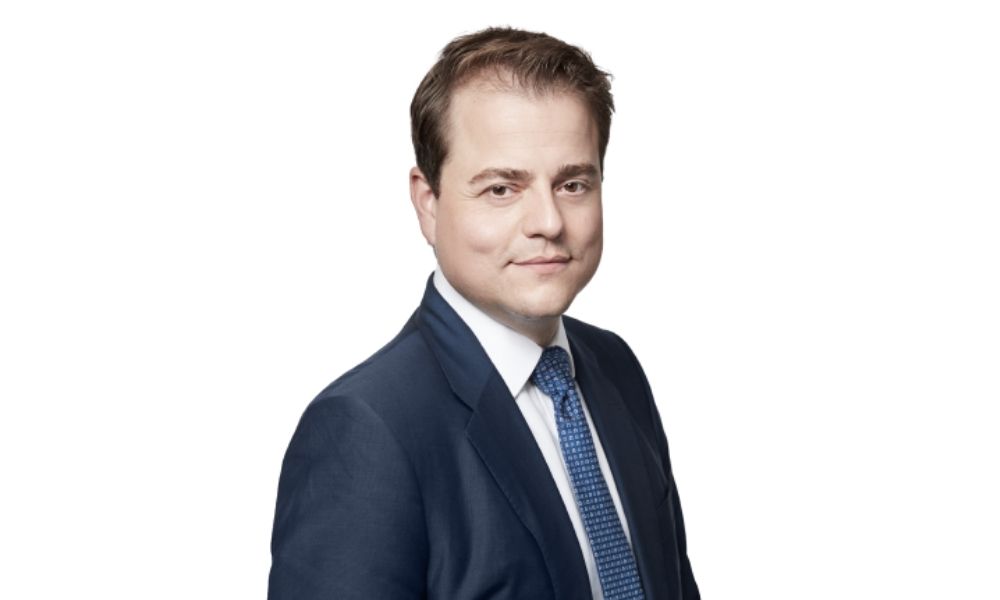 On October 27, 2021, Ontario Senator Howard Wetston circulated a consultation invitation to address how Canada’s current competition regime holds up in the digital era to inform future parliamentary consideration of the Competition Act. Policymakers have used the Competition Act, passed in 1986, to further economic welfare by cultivating “efficiency, innovation, and productivity,” said Wetston. He added that the rise of “a series of digital platforms” has raised the question of whether the current framework fits the new economic environment.

Wetston enlisted Professor Edward Iacobucci of the University of Toronto Faculty of Law to produce a discussion paper examining “whether digital markets have distinctive features that invite significant changes to our competition law.” Iacobucci concluded that while the Competition Act still effectively addresses anti-competitive behaviour, “targeted amendments” may be necessary to close specific policy gaps.

Wetston’s letter laid out several areas that Iacobucci proposed for further discussion: wage-fixing agreements; the Competition Bureau’s requirement to quantify anti-competitive effects when parties invoke the efficiencies defence in litigation; the concept that a dominant firm engaging in anti-competitive behaviour could lessen competition but have a positive impact on competitors; a revised private right of action regime; administrative monetary penalties in abuse-of-dominance cases; and how other jurisdictions are addressing digital-market impacts.

“To call it a laundry list is kind of an understatement – unless you haven’t done laundry for a couple of years – because there are a lot of suggested reforms,” says Kevin Ackhurst, a partner in Stikeman Elliott’s competition and foreign investment group.

The day before the Bureau’s submission, Federal Minister of Innovation, Science and Industry François-Philippe Champagne announced he would carefully evaluate possible improvements to the Act.

“There’s a lot of debate and disagreement among stakeholders as to whether or not the current act is sufficient to deal with the current economic circumstances and the circumstances of a digital marketplace,” says Di Domenico. “So it’s hard to predict, as a result of this review, whether or not there will be amendments, and if so, the extent of what those amendments will be.”

The government has not substantially amended the Competition Act since 2009, says Laura Rowe, a lawyer in the competition and foreign investment, intellectual property, and privacy and data protection groups at Stikeman Elliott LLP. 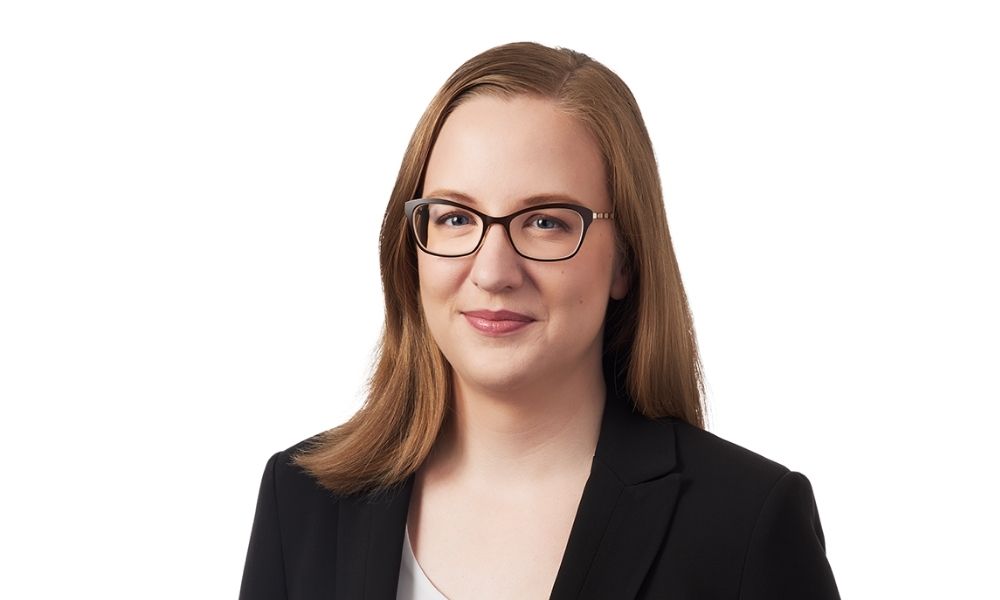 “The Commissioner of Competition and the Competition Bureau have been advocating for many years about amendments,” she says. “This is the first time that we’ve really been hearing, from a minister, plans put in place to review certain aspects of the Competition Act.”

In its submission, the Bureau raised the issue of loopholes in the rules around notifications. As the law currently stands, parties can structure transactions so they are not notifiable to the Bureau because the Act lacks an anti-avoidance provision, says Rowe.

The Bureau would also like to extend their time to challenge a merger, says Ackhurst. The Act currently provides that they can challenge a merger for up to one year after closing. Before the last round of amendments in 2009, the Bureau had a three-year limit, and the Bureau would like to go back to that, he says. “In the US, there is no limit. They can look back at transactions that have closed in perpetuity.”

Wetston’s consultation invitation last October was delivered a week after Commissioner of Competition Matthew Boswell gave a speech at the Canadian Bar Association Competition Law Fall Conference. Boswell said Canada needed a “comprehensive review” of the Competition Act and addressed many of the same themes later raised in Iacobucci’s paper. The speech was a “call to arms” for wide-ranging reform by the Commissioner, says Ackhurst.

An event that “crystalizes” the need for a comprehensive review, said Boswell, was a Competition Tribunal decision arising from the review of the merger between SECURE Energy Services and Tervita Corporation. The Tribunal rejected the Bureau’s injunction against the merger after requiring it to estimate the merger’s harm to the economy in dollars, which would be weighed against the harm SECURE would suffer from the delayed realization of the business efficiencies the merger would produce.

The decision highlighted the efficiencies defence’s role in Canadian competition law, said Boswell. When the Bureau challenges a merger before the Competition Tribunal, claiming the deal will have an anti-competitive impact, the merging parties can argue that the merger will create business efficiencies that offset that impact.

“The Tribunal is prohibited from taking any action against a merger if the merging parties can show that the merger is going to result in efficiencies that outweigh any competitive harm from the transaction,” says Ackhurst. Even if both the Bureau and the Tribunal believe the merger is anti-competitive, and the transaction will result in $50 million lost annually by consumers from raised prices, for example, if the companies can show the merger will gain them $100-million worth of business efficiencies, the parties are allowed to merge, he says.

The efficiencies defence is unique to Canada, says Rowe. While the US, the UK, and the EU include business efficiencies as part of the competitive-effects assessment of a merger, it is a standalone defence in Canada.

The efficiency exception allows firms to merge even when the Competition Tribunal has found it will “lead to higher prices, less choice for consumers, decreased levels of innovation, or other anti-competitive effects,” said the Bureau’s submission. The efficiencies exception has four main problems, said the Bureau: it permits harmful mergers, is inconsistent with international best practice, is nearly impossible to implement correctly, and is cursed with a “misguided original policy intent.”

The Bureau also believes that the Act’s current provisions, under s. 45, which apply to “agreements among competitors to fix prices, allocate markets, or limit the supply of a product,” do not adequately address certain harmful agreements among competitors. While the law targets conspiracies among sellers, it does not apply to conspiracies among purchasers, such as purchasers of labour who can conspire to harm workers with wage-fixing and job-mobility-restricting no-poaching agreements. The Bureau recommends the Act be amended to provide explicitly for criminal prosecution against these types of “harmful buy-side conspiracies.”

The House of Commons Standing Committee on Industry, Science and Technology made the same recommendation in June 2020. “It’s been a topic of discussion since the beginning of the pandemic,” says Rowe. “But what’s interesting is that Parliament actually explicitly removed buy-side agreements from the scope of s. 45, and during the amendments in 2009 there was recognition that buy-side agreements are less anti-competitive on their face than sell-side agreements between competitors.

“It remains to be seen what exactly a proposed amendment to s. 45 will look like, because you don’t want to bring pro-competitive buy-side agreements into the scope of a criminal prohibition.”

The Bureau is also focused on how large firms pre-empt emerging competition by gobbling up start-ups.

“Because they’re generally new companies – and small – those kinds of transactions aren’t subject to notification, and the bureau doesn’t have a chance to review those in advance,” says Ackhurst. When it comes to these so-called “killer acquisitions,” the Bureau noted current standards were arrived at through the analysis of traditional industries and are unsuitable in assessing these types of acquisitions. A “more workable standard would provide additional flexibility to protect the competitive process,” it said.