Special purpose acquisition corporations, or SPACs, have evolved in Canada, as legal advisors experiment with creative uses for the investment vehicle 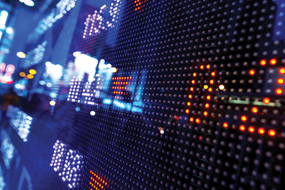 ON FEBRUARY 2, 2017, Kew Media Group Inc. announced it would be acquiring six leading content companies that own, produce and distribute film, TV and other programming for $104.1 million. The acquisitions, Kew noted in a media release, control a library of more than 6,000 hours that have been sold in more than 150 countries. The deal will make Kew “one of the most significant independent content companies in the world, with primary offices in New York, Toronto, Los Angeles and London,” the company said.

The transaction, however, was significant for several reasons beyond the creation of a new media entity. First and foremost, the deals comprised Kew’s “qualifying acquisition” — some seven months after its initial public offering (IPO) on the Toronto Stock Exchange (TSX) — as a special purpose acquisition corporation (SPAC). It was also one of the few SPACs to be launched in Canada since the TSX approved the unique structure in 2009, and the first to come to market with a specific focus, in this case the media sector.

It was also noteworthy for another reason, says Stephen Pincus, head of the Capital Markets practice at Goodmans LLP, who worked on the Kew transaction. “One of the things I have felt strongly about since the beginning of the SPAC market in Canada is that we should try find ways to innovate, to differentiate the Canadian SPAC market,” he says. “Otherwise, if we just copy the US [where SPACs have existed since the early 1990s], sponsors, whether they be US or Canadian, may as well just go and list in the US.”

What differentiates the Kew transaction, Pincus says, is that, “For the first time in SPAC history, as far as I’m aware, the SPAC was used as a platform to roll up a number of businesses into one company, instead of just buying a single company.” In the case of Kew, the number was actually greater than six, as one of the acquisitions owned five other entities, bringing the total to eleven. “This, and other recent examples, show how the Canadian market has evolved through creativity to use the SPAC for something quite different than it was used historically in the US and other parts of the world.”

If innovation is a key factor in making SPACs a success in Canada, that would be welcome news to those who believe the SPAC structure is a positive addition to the Canadian investment landscape. Because the history of SPACS to date has been checkered, to say the least.

Special purpose acquisition companies were created “as an alternative vehicle for listing on the TSX,” the regulator states, “[that allow] the public to invest in companies or industry sectors normally sought by private equity firms. In addition, it can provide an opportunity for individuals unable to buy into hedge or private equity funds the ability to participate in the acquisition of private operating companies traditionally targeted by those funds.”

Basically, a SPAC is a shell company (also referred to as a blank-cheque company). It’s “a publicly-traded holding corporation with no operating business. SPACs are, instead, marketed on the strength and experience of its management team, board of directors and advisers, highlighting their experience in building companies, mergers and acquisitions and private equity investing. As a result, a highly regarded and qualified group of sponsors and management is an important element of a successful SPAC offering,” wrote Jeff Glass, a partner at Blake, Cassels & Graydon LLP, who co-authored “The ABCs of SPACS: Canadian Experience.”

Unlike a traditional IPO, “the SPAC program enables seasoned directors and officers to form a corporation that contains no commercial operations or assets other than cash,” the TSX explains. “The SPAC is then listed on TSX via an IPO, raising a minimum of $30 million. 90% of the funds raised are placed in escrow, and must then be used toward the acquisition of an operating company or assets within 36 months of listing, defined as a Qualifying Acquisition.”

In reality, however, the 36-month period no longer applies. “The market has evolved to about two years,” says Peter Hong, a partner at Davies Ward Phillips & Vineberg LLP, who has worked on behalf of several sellers in SPAC transactions. “If you hit the two-year deadline, then the SPAC has to wind up and give the money back to the investors.”

The first SPACs didn’t come to market in Canada until 2015, although the TSX had launched them in 2009. “That was just after the financial crisis, so it was not really a great time to introduce a new financial product like that,” says Pincus. It also took the TSX “some time to implement the rules to facilitate SPACs,” adds Hong.

The inaugural SPAC ended in failure. In April 2015, Dundee Acquisition Corp. completed an IPO by raising $112.3 million and targeted CHC Student Housing Corp. as its qualifying acquisition. But by late January 2015, it announced that it lacked sufficient cash to complete the transaction because an overwhelming number of shareholders opted to redeem their holdings in the SPAC.

The redemption option is one of the distinctive features of SPACs and also, says Hong, one of the obstacles to its success. “The first risk is that shareholders must approve the deal,” he says. “But the primary challenge that I’ve seen is that there may not be enough cash at the closing to fund the purchase because of the investors’ right to redeem and get their cash back.”

To compensate investors for having their capital held in a trust account for up to two years, a SPAC usually offers shareholders “one share and a warrant or half warrant that’s exercisable at a premium,” says John Emanoilidis, co-head of the M&A practice at Torys LLP. Shareholders, however, can redeem their investment but retain their warrant, which can further threaten the financial viability of an IPO.

To counter that potential problem, another innovative solution was created in Canada, says Pincus. When Canaccord Genuity Acquisition Corp. announced, in July 2017, that it intended to raise $30 million for a SPAC, it “tied [shares and warrants] together, creating more alignments with the shareholders, who can decide to stay in, in which case they keep their warrant. They do well if the share price goes up or they can decide to go out, in which case they get their money back with interest — but they can’t have both their cake and eat it too,” he says.

The decision to “staple the shares and warrants together,” says Hong, “was designed to encourage more retail investors to invest and discourage hedge fund investors [who] have been perceived to be a source of a lot of redemptions.”

Another initiative to counter the redemption concern emerged with two of the earliest SPACs, Alignvest Acquisition Corp. and Gibraltar Growth Corp., both of which achieved successful qualifying acquisitions. “Alignvest was accompanied by a very sizable commitment, in excess of $100 million, from its SPAC backers,” says Emanoilidis, “to address the redemption risk and to increase the likelihood that the SPAC will close. In a similar fashion, Gibraltar had raised in standalone financing, an amount, part of which came from management founders, for the same purpose — to increase the likelihood the SPAC will close.”

There have been 11 SPACs since 2015, of which “four have completed an acquisition, three have completed an IPO and are looking for an acquisition, two have failed and two have deferred,” says Pincus, who has been involved in seven of the transactions, but neither of the failures. He notes that Canada’s track record is not dissimilar to that of the US. “Their market has been active for a couple of decades and there have been several hundred SPACs created. About two-thirds successfully completed their qualifying acquisitions, which is about the same as we’ve had here.”

Although Pincus says the Canadian SPAC market is “in its initial stages and what we’ve seen are waves [and] a limited amount of demand,” he believes that if potential sponsor groups define their objectives clearly, “a SPAC can be a very successful vehicle.”

Emanoilidis agrees that “it’s the early days” but sees encouragement in “a movement to some niche sectors.” He cites, as an example, the Cannabis Strategies Acquisition Corp., which in December 2017 completed an IPO of US$125 million to purchase one or more companies in the cannabis sector. “If you look at SPACs in the US, they have had mixed success,” he says, “but they’ve survived. I think SPACs will continue to play a role in Canada, too.”

Patricia Olasker, a partner in Davies Ward Phillips & Vineberg LLP’s Securities and M&A practices, also has a measured outlook for what lies ahead. “The future for SPACs remains to be seen,” she says. “It will depend on the ability of the second generation of SPACs brought to market last year to complete attractive acquisitions. That said, SPACs provide a useful alternative structure — albeit often a ‘last resort’ alternative — for sellers. I expect SPACs to continue to evolve and fill a niche in the Canadian capital markets landscape.”