As Canada and the world grapple with accelerating climate change, a reckoning over existing and historical racial and gender inequalities, and a global supply chain disruption, ESG concerns have become a greater priority than ever before. Businesses are being called to account for their climate footprint, their efforts towards improving diversity, and ensuring that honest business practices are being followed. As a result, Canadian businesses are facing increasingly onerous disclosure obligations, particularly when it comes to climate-related impacts. We asked Ailsa Bloomer and Andrew Pollock of Norton Rose Fulbright Canada to explain the expectations Canadian companies are facing as Canada’s ESG disclosure and regulatory landscape evolves, and how companies and boards can manage the impact of these developments.

There has been a global pivot towards prioritization of ESG issues, but how has it emerged in Canada specifically?

The two key ESG issues in Canada currently are: (1) corporate governance and risk oversight of environmental and social matters; and (2) disclosure of that governance and its impacts. These have largely emerged as public corporation matters, with the issuance of guidance and regulation under securities laws[1] and the federal business corporations statute.[2]

Canadian corporate directors have two main duties: the first is their fiduciary duty to act honestly and in good faith with a view to the best interests of the corporation and the second is their duty to exercise the care, diligence and skill that a reasonably prudent person would exercise in comparable circumstances. In 2008 the Supreme Court of Canada explicitly opened the door to what we would today call ESG considerations when it found that, in considering what is in the best interests of a corporation,  “directors may look to the interest of, inter alia, shareholders, employees, creditors, consumers, governments and the environment to inform their decisions”.[3]

What are the main ESG disclosure regimes in Canada?

Staff Notices 51-333 and 51-358 set out the basic public company climate-related governance and disclosure obligations in Canada, both by reference to existing standards and with specific guidance as to how those standards should be applied to climate-related matters.[4] In short, Canadian public companies are subject to the following rules (in addition to some more specific rules that are beyond the scope of this article):

The CSA has also been responsible for mandating diversity and diversity disclosure at the board and management level, although diversity in this context refers exclusively to the representation of women in senior positions. Amendments to the CBCA, effective since January 2020, extended the diversity obligations of public corporations incorporated under that statute to include Indigenous peoples, persons with disabilities and members of visible minorities, as well as women.

Under Form 58-101F1 Corporate Governance Disclosure of the CSA, public companies are required to provide disclosure related to the representation of women on boards and in management positions. This disclosure is mandated on a “comply or explain” basis, meaning that corporations which do not or cannot comply with diversity obligations must explain why that is the case. “Venture issuers”, which are smaller public companies have fewer obligations than larger “non-venture issuers”. Non-venture issuers must make the following disclosure, or explain why they have not dealt with the subject issues:

Since January 2020, public corporations (regardless of whether they are venture or non-venture issuers) incorporated under the CBCA, are required to make comparable diversity disclosure (or explain why they have not dealt with the subject issues) with respect to Indigenous peoples, persons with disabilities and members of visible minorities[5] as well as women. In addition to filing this information on SEDAR (the Canadian repository for public company filings), CBCA corporations must file their diversity disclosure with the Director under the CBCA.

What current regulatory developments are there on the ESG front?

In October 2021, the CSA published for comment Proposed National Instrument 51-107 Disclosure of Climate-related Matters (“NI 51-107”). At the time of writing, this instrument is still out for public consultations which are expected to close in mid-February 2022. NI 51-107 would not replace the existing disclosure regime discussed above, but would supplement it with disclosure requirements based largely on the recommendations of the Task Force on Climate-related Financial Disclosures (“TCFD”). Of note, NI 51-107 expressly excludes the TCFD “scenario analysis” disclosure requirement.

Canada has attempted to pass modern slavery legislation on a number of occasions, with the latest incarnation being Bill S-211, An Act to enact the Fighting Against Forced Labour and Child Labour in Supply Chains Act and to amend the Customs Tariff, which was introduced to the Senate in November 2021. Like its predecessors, the bill’s major purpose is to serve as a tool for transparency by imposing supply chain reporting requirements on Canadian government institutions and businesses that meet certain criteria.

Which ESG-related practices and frameworks are most commonly used in Canada?

As part of the publication of NI 51-107, the CSA conducted a review of issuer’s climate-related continuous disclosure and found that, of the issuers reviewed, approximately 70% referenced the Global Reporting Initiative, 57% referenced SASB frameworks, 55% referenced TCFD and 30% referenced the United Nations Sustainable Development Goals. Few, if any, Canadian issuers report in strict compliance with any one ESG framework. Instead, most refer to portions of one or more standards or frameworks when preparing and publishing their disclosures.

What are the main sources of pressure for ESG-related matters in Canada?

Canadian securities laws tend to be principles-based rather than prescriptive, and the development of diversity initiatives under the CBCA have moved in the same direction. As such, issuers who can rationalize their decisions not to take ESG matters into account are free to do so as a matter of law, as long as they are willing to disclose those rationalizations. As a result, the real sources of pressure with respect to ESG matters in Canada are corporate stakeholders. Key to those stakeholders in the Canadian economy are large pension funds, which wield a significant amount of power and are working with corporations whose shares they own to define the ESG landscape. Pension funds and other institutional investors in Canada often refer to proxy advisory firms such as ISS and Glass Lewis, but also publish their own proxy voting guidelines.

In addition, Canadian banks (many of which are subject to regulations as well as voluntary commitments) are increasingly using their leverage as creditors and project finance partners to oblige corporations to take specific ESG-related actions. As well, the extractive sector is a large part of the Canadian economy, and large portions of the lands upon which extractive activities are undertaken are subject to historical or legal First Nations rights. This creates an additional source of ESG-related pressure that might not exist to the same level in countries with different economic and social circumstances.

What are some of the legal and regulatory risks for businesses that could arise from their climate-related disclosures?

A public company that fails to comply with securities laws generally, such as by omitting or misstating material information in its disclosure, could face regulatory investigation and enforcement action.[6] In Ontario, for example, it is an offence to make a misleading statement in any report, prospectus or release required to be filed under securities legislation.[7] Infringements of securities laws in Ontario could lead to fines (currently up to $1 million per breach), and/or orders to cease trading securities.

With regards improper disclosure of climate risks, developments in the U.S. can offer some guidance. In the U.S., the SEC has been clear about its intention to take stronger action against material misstatements in disclosure of climate risks. In March last year, the SEC announced the creation of the Climate and ESG Task Force to develop initiatives to identify ESG-related misconduct and identify misstatements in issuers’ disclosure.[8] It is likely that Canadian regulators will soon follow a similar approach.

As the depth and detail of regulatory obligations grow, stakeholders are also demanding higher-quality disclosure. Globally, there is an increasing litigation trend demanding greater transparency about an issuer’s climate-related risks and Canadian entities in particular should be prepared for the following types of lawsuits:

Greenwashing involves the false presentation, or otherwise misleading promotion of a company and/or its products as sustainable or otherwise environmentally responsible. Greenwashing claims can take the form of advertising standards complaints, consumer protection, fraud and other regulatory complaints.

The U.S. retail sector alone has seen over twenty cases of greenwashing.

In Canada, growing consumer demand for environmental sustainability also presents a competition law trap for companies that try to promote themselves as environmentally conscious, since deceptive marketing is clearly prohibited under the Competition Act.[11] The Competition Bureau of Canada has warned that exaggerating a product’s environmental benefits can constitute illegal greenwashing and is taking steps to combat this practice.[12] For example, on January 6, 2022, coffee-pod company Keurig agreed to pay $3 million for making misleading claims to consumers about the recyclability of its single-use coffee pods. The company was required to pay $85,000 in costs and donate $800,000 to an environmental charity. Keurig was also required to improve its corporate compliance program to prevent future deceptive marketing issues, including changing its recyclability claims in its advertising.[13]

Developments in the U.S. also show us that greenwashing investigations by regulators have the potential to trigger broader greenwashing litigation. For example, oat milk company Oatly recently faced several class actions brought on behalf of its shareholders, who alleged the company misled potential investors on sustainability and financial metrics before its IPO in May 2021.[14]

To what extent can a company’s board be liable for this conduct?

Generally it is common in North America for plaintiffs to name directors and officers in an action, alongside the corporation, as an additional source of recovery. D&Os also face the following specific liability risks:

What can companies and boards do to ensure compliance and mitigate these risks?

Due to the evolving and complex nature of these requirements, it is useful to consult resources such as Norton Rose Fulbright’s ESG publications and insights, to continue to understand your commitments in this space.

The purpose of this communication is to provide general information of a legal nature. It does not contain a full analysis of the law nor does it constitute legal advice or an opinion of any Norton Rose Fulbright employee or entity on the points of law discussed. You must take specific legal advice on any particular matter which concerns you. 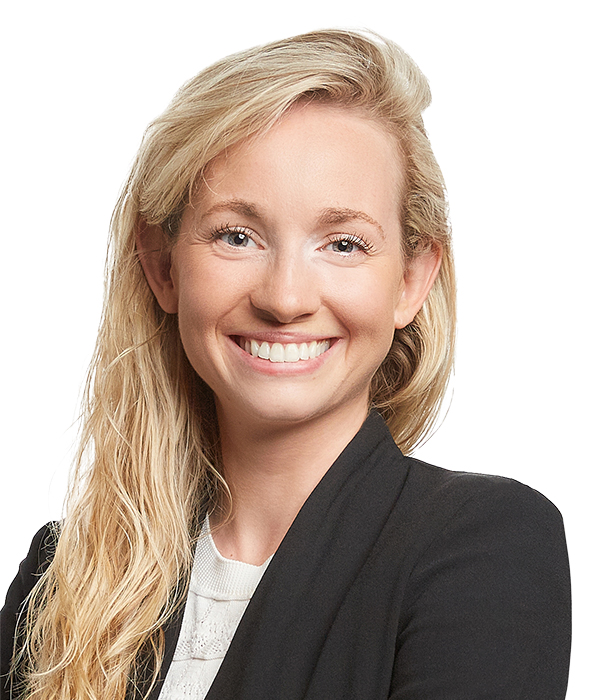 lsa Bloomer is a knowledge management lawyer for the litigation practice of Norton Rose Fulbright Canada. Ailsa has practiced litigation in Alberta and London, U.K., where her experience has covered commercial contract disputes, insurance coverage disputes and in-house secondments with multinational companies in the energy and insurance industries.

Ailsa is also the junior co-host for Disputed, the firm’s Canadian podcast, where she and Toronto partner Andrew McCoomb interview lawyers and industry leaders from key sectors on trends, issues and opportunities across Canada's legal landscape. 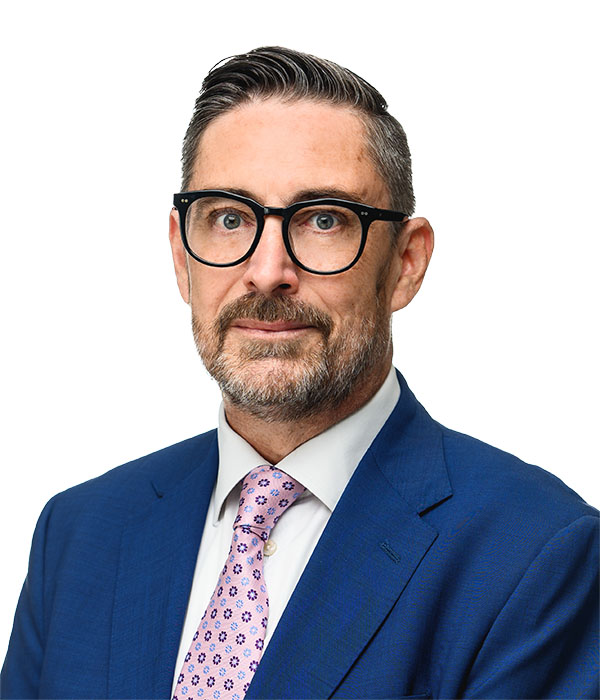 drew Pollock maintains and manages knowledge for the business law group of Norton Rose Fulbright Canada. With two decades as a business lawyer, law firm partner and knowledge lawyer, Andrew brings deep substantive knowledge and the skills to turn knowledge into tools the firm can use to offer the most efficient and effective legal services. Andrew closely follows legal, business and practice developments to ensure the firm’s clients have access to the most thoughtful, current and practical legal precedents.

[1] Each Canadian province and territory has its own securities laws, but they are relatively consistent across the country

[2] Businesses in Canada can incorporate under the federal statute (the Canada Business Corporations Act, R.S.C. 1985 c. C-44) or one of the federal or territorial statutes

[12] It's not easy being green. Businesses must back up their words. - Canada.ca

[17] It's not easy being green. Businesses must back up their words. - Canada.ca