In the confusing and fast-moving early days of the COVID-19 pandemic, many took to the Internet to alleviate their feelings of uncertainty. Millions turned to a world of online investigative reporters who tell what they say is the “truth”, which the mainstream media is either too afraid or too corrupt to tell. Often these “truths” are just opinions and theories falsely presented as researched facts.

Powerful social media platforms allow almost anyone with an Internet connection and a webcam to set up a free global “news” platform capable of reaching billions. These homemade broadcasts are usually made by ordinary people with time on their hands, strong views, and no journalistic training.

Effectively ungoverned by the social media platforms they use, some pundits openly peddle hate, prejudice, and xenophobia to tantalize their audiences. Some make false and defamatory statements about prominent people in social, business, and political life who have worked hard to build valuable reputations. When these false and defamatory statements lead to litigation, commentators often seek to shield themselves with the defence of “fair comment”.

The old tort of defamation has continuously adapted to new media and modes of communication over its long history. As several recent decisions have shown, despite its age, the tort of defamation can be effectively deployed to stem a tide of lies, innuendo and hateful conspiracy theories flowing from online “truth-tellers”.

Defamation on the Internet

The Court of Appeal for Ontario recognized nearly 20 years ago that the Internet provides fertile ground for spreading mistruths, having observed that “[c]ommunication via the Internet is instantaneous, seamless, interactive, blunt, borderless and far-reaching. It is also impersonal, and the anonymous nature of such communications may itself create a greater risk that the defamatory remarks are believed”.

At its core, the tort of defamation aims to protect reputations while not unduly inhibiting free speech. There are three elements to the tort: (1) the words complained of were published to at least one other person; (2) the words complained of referred to the plaintiff; and (3) the impugned words are defamatory in that they would tend to lower the plaintiff’s reputation in the eyes of a reasonable person.

In determining what the impugned words really mean, courts will consider their plain and ordinary meaning as well as the context in which the words are used and any reasonable implications the words may bear. The court will also consider the size and character of the audience as well as the manner of expression (e.g., mockingly or from behind a news desk).

People are not prohibited from communicating something simply because it “tends to lower” someone else’s reputation. Journalists routinely report on verified facts that justifiably lowers reputations of people around the world. In a free and democratic society, there is a broad range of protected speech that can provide defences to a claim in defamation. There are nine recognized defences,[1] including the defence of justification (the impugned statements are accurate and substantially true), the defence of absolute privilege (the statements were made in a protected medium, such as court pleadings), and the defence of responsible communication (protecting publishers if they have acted responsibly by taking reasonable steps to ascertain the reliability of the information relating to a matter of public interest). When online pundits are sued for their false and defamatory statements, they often seek to recast their statements as mere opinions and rely on the defence of "fair comment".

Everyone is Entitled to an Opinion, but Should Only Share the Fair Ones

The law of defamation differentiates statements of fact from statements that are comments, opinions, criticism, observations, inferences, and conclusions. Recent decisions, including in Soliman v Bordman, 2021 ONSC 7023 have made clear that the defence of fair comment is not available to these self-styled journalists when they make false and defamatory statements dressed up as well-researched facts.

The defence of fair comment requires the defendant to establish that the impugned statement was:

Courts must grapple with whether statements are presented as opinions or whether they are to be taken as true facts. In the case of online pundits, they often present themselves as hard-nosed investigators that reveal the fruits of their extensive “research” to their online audiences. After having constructed their online detective personalities, they can use their social media platforms to target and “expose” their victims by calling them things like corrupt, criminals, thieves, sexual predators, or terrorists. These lies are then presented as truths to be believed and “shared”.

There is no exhaustive list of what subjects of speech are in the “public interest”. The Supreme Court of Canada has recognized that matters will generally be considered to be in the public interest when they are “matters that affect people at large so that they may be legitimately concerned about what is going on or what may happen to them or to others.”[2] It is, however, enough for only a segment of a community to have a legitimate interest in the subject matter. Importantly, an expression that relates to a matter of public interest need not further the public interest and may in fact be harmful to it. Ultimately, the court will need to take a close look at the impugned speech to determine what the statements are “really about”.

Even if determined to be a comment on a matter of public interest, it is a precondition to the defence that the defendant provided the audience with the facts upon which the comment or opinion is based (or the facts are widely known and understood by the audience). This precondition is important because it allows the audience to make up their own minds about the value of the opinion. This is critical to the defence and for the free exchange of ideas. Where the factual foundation for commentary is either unstated or unknown (or turns out to be false), the defence of fair comment is unavailable.

It does not matter whether the “truth-teller” was stating the truth as they saw it— the test for fair comment is an objective one: if a court determines that the expressed beliefs could not be honestly held by a rational person based on the proved facts, the defence will fail.

Finally, the defence of fair comment will not succeed if the comments were made with malice. The concept of “malice” is a powerful one in defamation law. A finding of malice will be fatal to several defences to defamation, including the defence of fair comment. In making comments maliciously, the publisher may be motivated by spite or ill-will or some other ulterior purpose. Malice can also be established if the publisher made statements dishonestly or with reckless disregard for the truth.

Where the elements of defamation are established, and where none of the defences apply, damages are presumed without proof of actual injury. There is no quantification formula for damages, but the court will consider several factors, including: the plaintiff’s position and standing; the nature and seriousness of the defamatory statements; the mode and extent of publication; the absence or refusal of any retraction or apology; the conduct and motive of the defendants from publication through judgment; and any aggravating or mitigating circumstances.

Commencing any kind of litigation should follow a careful balancing of costs versus rewards. This is especially so in defamation claims. Commencing a claim against a controversy-hungry online pundit may only feed and amplify attacks. Victims of defamation must also consider whether they want to shine a spotlight on the lies that have been told about them. As the constant online reporting on the Depp v. Heard defamation trial chronicled, a defamation proceeding can be drawn out and take a significant toll on its participants.

The rapid rise of social media has given people previously unimaginable abilities to spread all kinds of views and ideas. Defamation law applies to these new forms of expression. Courts recognize the amplifying power of the Internet and the severity of the harm that can be wrought when these new technologies are exploited to defame and harass. Those online telling the “truth” as they see it, should be mindful that their online conduct has real-world consequences for themselves and their victims. 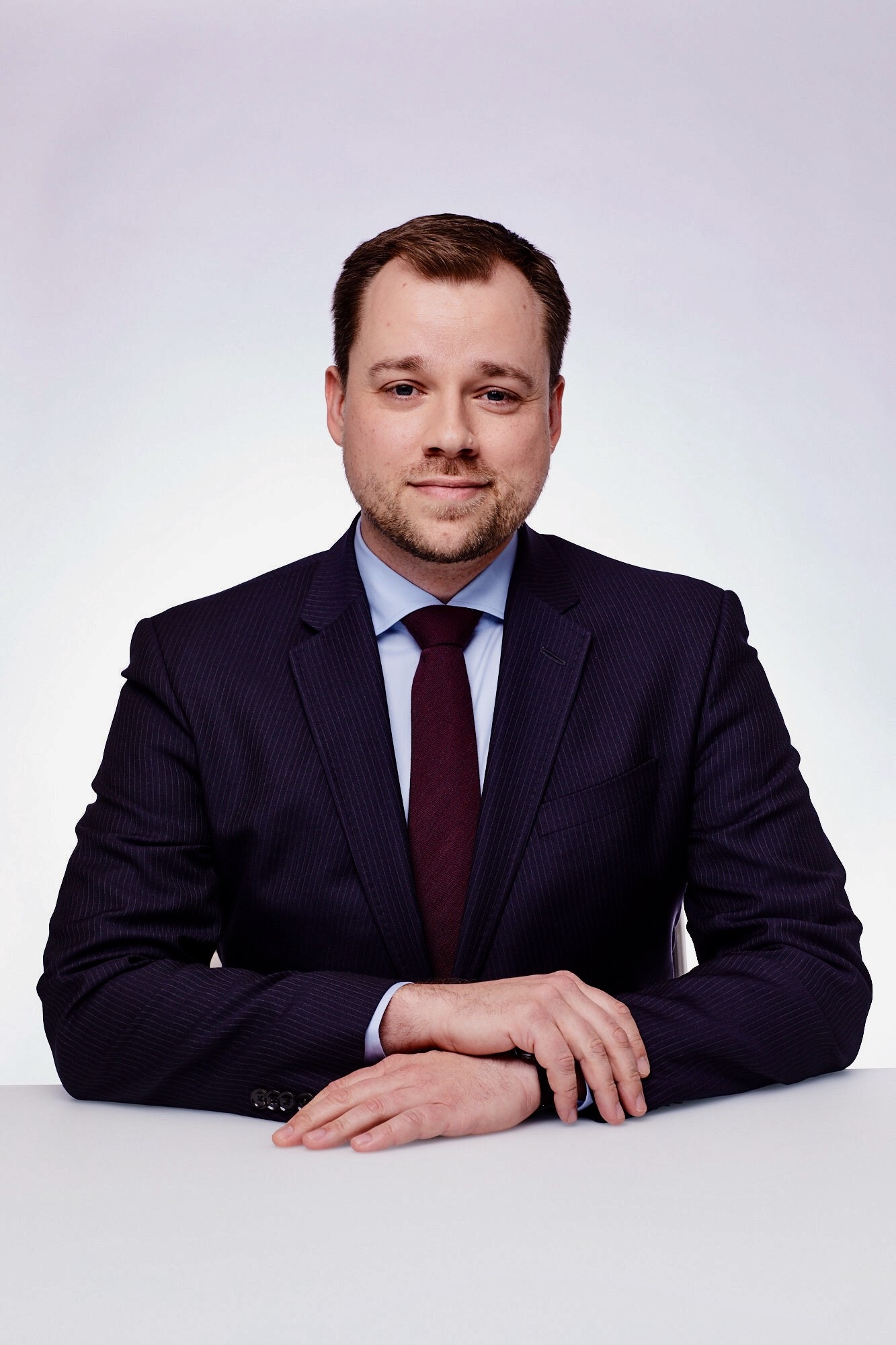 Niklas Holmberg is a litigator at Lax O'Sullivan Lisus Gottlieb LLP in Toronto where he maintains a diverse practice across a range of subject matters and industries. He has represented clients in all manner of commercial and civil disputes including high-profile defamation claims, complex contract disputes, professional negligence claims and disputes on large infrastructure projects.