Releases are Contracts: what the Supreme Court's new ruling means for lawsuits, claims and actions

On July 23, 2021, the Supreme Court of Canada released its decision in Corner Brook (City) v. Bailey (“Bailey”), clarifying how releases should be interpreted. The Court ruled that a release is a contract and the general principles of contractual interpretation articulated in Sattva Capital Corp v. Creston Moly Corp. (“Sattva”) apply. Moreover, the “Blackmore Rule” of interpretation of releases first formulated in London and South Western Railway v. Blackmore (1870), L.R. 4 H.L. has been completely subsumed by the principles expressed in Sattva.

Distinctions between claims based on facts known to both parties and claims based on facts not known to both parties may be relevant when interpreting a release and assessing whether the claim at issue is the kind of claim the parties mutually intended to release. In the words of the Supreme Court, the ultimate question is whether “the claim is of the type of claim to which the release is directed”. This will depend on the wording and surrounding circumstances of the release in each case.

Facts of the Case

Trial Experience Trumps All: Why a personal injury lawyer's courtroom record is key to every claim

Jobs, Labour, and Language: What Québec employers need to know and do now that Bill 96 is in effect

This case arises from a motor vehicle accident in which Mrs. Bailey (“Mrs. B”) struck an employee of the City of Corner Brook (“City Employee”) with her husband’s car. The City Employee sued Mrs. B for injuries sustained in the accident. In a separate action, Mrs. B and her husband (“the Baileys”) sued the City of Corner Brook (“City”) for property damage to the car and physical injury Mrs. B suffered in the accident.

The Baileys reached a settlement with the City and released the City from liability relating to the accident. Pursuant to the release, the Baileys “release[d] and forever discharge[d] the City… from all actions, suits, causes of action… foreseen or unforeseen… and claims of any kind or nature whatsoever arising out of or relating to the accident.” Several years later, Mrs. B brought a third-party claim against the City, claiming contribution or indemnity from the City in the action brought against her by the City Employee. The City brought a summary trial application before the Newfoundland and Labrador Supreme Court, alleging that the release barred the third-party claim.

Rulings of the Lower Courts

At the Newfoundland and Labrador Supreme Court, the application judge concluded that the release barred the third party claim against the City and stayed the claim. Mrs. B appealed to the provincial Court of Appeal, which unanimously allowed her appeal and reinstated the third party claim. The Court of Appeal held that the application judge made three extricable errors of law and that the words, the context and the exchange of correspondence were consistent with the release being interpreted as a release of the Baileys’ claim in their action against the City only.

The City appealed to the Supreme Court of Canada.

The Supreme Court of Canada’s Decision

In a unanimous decision, the Supreme Court of Canada disagreed with the Court of Appeal and reinstated the decision of the application judge.

Approach to the interpretation of releases

Writing for the Court, Justice Rowe emphasized that Sattva directs courts to:

…read the contract as a whole, giving the words used their ordinary and grammatical      meaning, consistent with the surrounding circumstances known to the parties at the time of formation of the contract.

Justice Rowe held that a release is a contract, and the Blackmore Rule and the jurisprudence pursuant to it should no longer be referred to, as the function it had served has been subsumed entirely by the modern approach to contractual approach set out in Sattva.

Read more about the Supreme Court’s clarification on the interpretation of releases on the Stikeman Elliott LLP website. 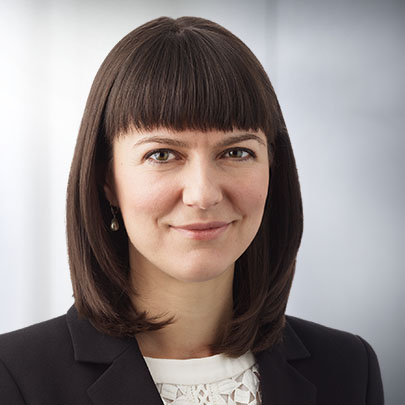 Alexandra Urbanski is an associate practicing in the Litigation & Dispute Resolution Group. She has a broad civil litigation practice that includes corporate-commercial disputes, class action defence, regulatory investigations, product liability and competition litigation. She has appeared before all levels of court in Ontario, including appellate courts, and the Supreme Court of Canada.