Sports, Athletes, and (Legal) Drugs: A guide to Therapeutic Use Exemptions for banned substances

Therapeutic Use Exemptions (TUEs) first hit the headlines back in 2016 when Russian hackers released medical information about athletes who had applied for such exemptions from the International Olympic Committee (the “IOC”). Those athletes include sports superstars such as Serena Williams and Simone Biles – so, needless to say, the hack really put TUEs on the map. The truth is, TUEs have been available to Olympic athletes since the 1980s. The need arose when the IOC prohibited several classes of drugs used in common medicines. Originally, the mechanism was kept relatively quiet. It received very little publicity and was not included in the Medical Code of the Olympic Movement until 1991.

It wasn’t until the birth of the World Anti-Doping Agency (“WADA”), which introduced the name and publicly approved the principles, that TUEs became more widely known. The IOC Medical Commission had been apprehensive that this mechanism could be abused if the availability of TUEs was publicized. Even though it’s been almost 40 years since their inception, TUEs remain controversial and concerns surrounding their abuse live on.

Today, sports and entertainment law expert Susan Abramovitch answers your questions regarding all things TUEs, including: why they are necessary; how they are granted; and the impact of controversies surrounding these medical exceptions.

Let’s start with the basics. What are TUEs? Why are they needed? How do athletes apply for and obtain exemptions?

TUEs are granted to athletes in order to allow them to access and use drugs that would otherwise be prohibited in competitive sports. WADA maintains a list of substances that are on the Prohibited List (the “PL”). Substances on this list are either prohibited at all times, prohibited in competition only or prohibited in specific sports. The PL contains many unexpected medications. For example, insulin – a necessary peptide hormone that Type 1 diabetics do not produce on their own. The PL also contains a list of banned performance enhancing techniques, often referred to as methods. Think Lance Armstrong and blood transfusions. However, athletes can apply for a TUE regarding a particular method, just as they could for a drug exemption. As such, when I refer to “prohibited substances”, the same would apply to prohibited methods.

The PL is published annually on October 1 and comes into effect on January 1 of the following year. This three month delay provides athletes with an opportunity to apply for a TUE before the new list takes effect. Interestingly, applications for exemptions are not made to WADA. Rather, they are submitted either to the athlete’s National Anti-Doping Organization (“NADO”) or to the athlete’s International Federation (“IF”), depending on the level at which the athlete competes.

In order to be approved for a TUE, all of the following criteria must be met:

How does the IOC prevent the abuse of TUEs and maintain the integrity of the sport?

Unfortunately, there is always the possibility that athletes could try to work around the doping rules. Some critics claim that the TUE process is easily abused by athletes and the legitimacy of these exemptions has actually been questioned at all levels. According to a Danish study that surveyed 645 Danish athletes, 51% felt that their teammates who held a TUE did not have legitimate medical need for it.[1]

Interestingly, WADA recently conducted a study to determine if there was a connection between having a TUE and the increased likelihood of winning a medal. The study examined the prevalence of TUEs at 5 different summer and winter games between 2010 and 2018. According to the study, athletes with TUEs were no more likely to win a medal than those without.[2]

It can be difficult to gauge if only legitimate TUE applications are accepted by the relevant body because this information isn’t always available to the public in order to protect the athlete’s confidential medical information. However, one thing I will say is that, for better or for worse, the priority of TUE Committees appears to be on prohibiting athletes from using any drug at all that will enhance their performance. This was apparent in the decisions surrounding Robert Berger’s TUE application.

In 2009, Robert Berger was a 52 year old Paralympic athlete. He participated in competitive shoot until he was denied a TUE by the International Paralympic Committee for the use of a drug called Metoprolol, a beta-blocker he used to treat a significant heart condition. It was generally accepted that his life would be in danger without the medication. However, the overriding concern was that Metoprolol could potentially enhance his performance by reducing involuntary muscle tremors.

Berger appealed the decision first to WADA and subsequently to the Court of Arbitration for Sport, but in each instance, Berger was denied the TUE. Each level of review accepted that he met criteria points one, three, and four, but failed to satisfy the second criterion – performance enhancement. So while it was accepted that he required the drug to live, he was prohibited from taking it if he wanted to compete.

The TUE denial forced him to retire from competition altogether. And while the decision sparked significant debate, what it really showed was that WADA is willing to take a hard line against the use of performance enhancing substances – even in situations where there is no other alternative.

Have there ever been any controversies surrounding the approval of certain TUEs?

For sure! We’re talking about elite athletes, stringent regulation and drugs here… of course there will be controversies. But if you’re looking for the biggest scandal in TUEs, you need look no farther than the 2016 Russian hacking incident.

The hackers broke into the WADA database and released medical information about Olympic athletes who applied for a TUE when they competed in the 2016 Rio Olympic games. On the “Fancy Bear” website, the hackers released a statement that called out the USA Olympic teams as playing “well but not fair.” The hackers went on to identify dozens of American athletes who would have tested positive for prohibited drugs if not for their TUEs. The released medical files of Serena and Venus Williams, Simone Biles and Elena Delle Donne all revealed they were permitted to take prohibited substances. Needless to say, it was a scandal. The Russian data leak put a bright spotlight on the TUE mechanism in general and created real debate in the industry about whether TUEs are fair.

Do you think TUEs are “fair”?

Overall, yes. Athletes should not be denied access to medications because the substance is on the PL. Further, it’s hard to look at Robert Berger’s situation and describe his experience as “fair.” The reality is that the robustness of the PL is too vast and widespread to not have some sort of exemption process. Without it, competing for a spot in the Olympics might turn more into a competition of who has a cleaner bill of health instead of who is the best athlete.

I would say that allowing an athlete access to medications should be relatively straightforward in certain circumstances compared to others. For example, I think we can all agree that Type 1 diabetics should be allowed to take their life saving insulin and compete for a spot in the Olympics.

In other cases, where the need for a drug is less quantifiable, it may be more challenging to say with certainty that an athlete requires it. In those cases, nuance matters, and I think that relying on the medical experts and the TUE guidelines is a fair compromise for all.

Insulin is on the PL? How are drugs added to the list?

Yes, believe it or not, insulin is on that list.

WADA, in consultation with experts and stakeholders, is ultimately responsible for adding and removing substances from the PL. Subject to a few exceptions, the PL applies to all sports; if the drug is banned from one sport it is banned from all sports. WADA will consider the following questions when determining whether a substance should be added to the PL:

In order to be added to the list, the answer must be yes to at least two of the questions above. And, as you’re probably thinking as well, the third question leaves a lot of room for subjectivity.

Are there signs that WADA or the IOC may be willing to relax certain controls on currently banned substances?

Well, maybe not relax, but WADA has announced that it will be reviewing its policy on cannabis. For now, the substance will stay on the 2022 PL, but a committee has been established to investigate whether it should remain there. This investigation comes at a time where we are seeing an increase in the number of jurisdictions that are lifting the ban on cannabis. For example, here in Canada, recreational cannabis has been legalized across the country; same in 18 US states.

In 2021, Sha’Carri Richardson, a leading U.S Olympic track candidate, was prevented from competing in the Tokyo Olympics after she tested positive for THC. This event put WADA’s prohibition on cannabis in the hot seat. Following the Richardson suspension, and a flood of requests from international stakeholders, WADA announced that it would initiate a review of the ban on cannabis.

Recent years have brought an increased focus on the mental health and wellbeing of famous athletes, including Naomi Osaka, Simone Biles and Michael Phelps. How do you think that this may affect WADA’s approach to drug control and attitudes towards athletes’ use of prescription drugs to combat stress, anxiety, depression and other conditions?

Simone Biles, Naomi Osaka and many other athletes have played an important role this summer in opening up the conversation about athletes and mental health. Conversations about the well-being of athletes is crucial to establishing policies that can put the athlete first, all while maintaining the true spirit of competition.

Turning back to Sha’Carri Richardson, it’s quite possible that a new focus on mental health, together with an understanding of substances used to treat related conditions, informed WADA’s decision to re-examine its cannabis policy. The issues surrounding Richardson’s use of cannabis were tied to mental health as she reported to have used it to deal with her grief over her mother’s death.

Do you have any advice to athletes who are considering applying for a TUE or struggling to access medications?

Stick to your guns. Advocate for yourself and what you believe you need as an athlete. The TUEs and surrounding systems are meant to help you access what you need. The best thing you can do is to educate yourself on them and use them appropriately for your individual circumstances.

[1]  Overbye M, Wagner U, “Between medical treatment and performance enhancement: an investigation of how elite athletes experience Therapeutic Use Exemptions,” (2013) 26:6 Int J Drug Policy at 579.

[2] Vernec A Healy, “Prevalence of therapeutic use exemptions at the Olympic Games and association with medals: an analysis of data from 2010 to 2018” (202) 54 British Journal of Sports Medicine at 920. 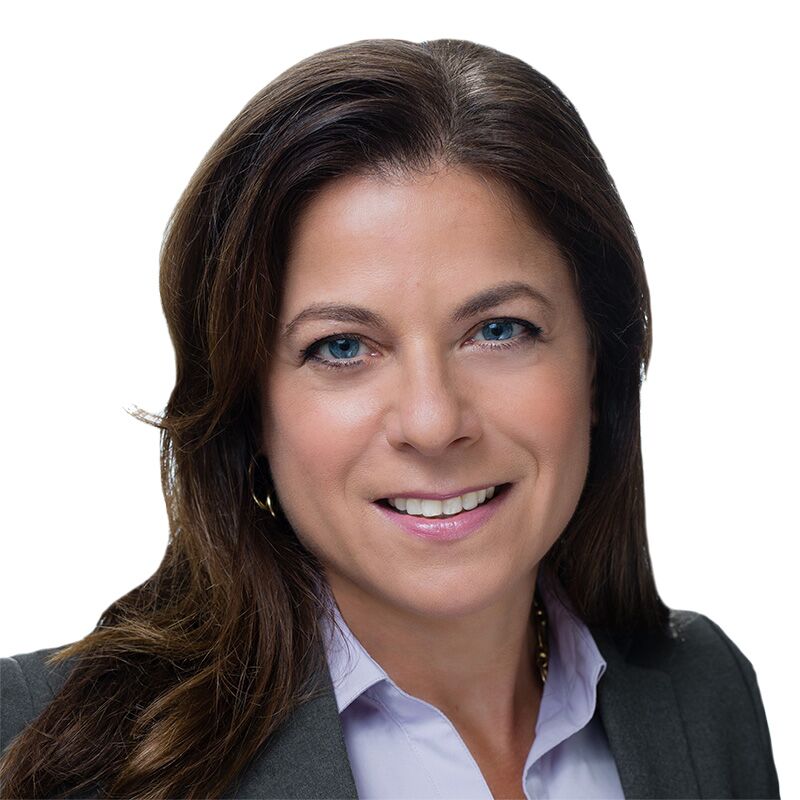 Susan Abramovitch is one of the world’s leading entertainment lawyers with a practice covering transactions and disputes related to sports, esports, music, film, television, videogames, branded entertainment, multimedia, fine arts, book publishing, NFTs and other entertainment industry matters. She is a Toronto-based Gowling WLG partner and Head of the Entertainment and Sports Law Group. Susan was the gold medallist in both the Civil and National Law programs at McGill University and clerked for the Honourable Mr. Justice Gérard V. La Forest of the Supreme Court of Canada. She is consistently recognized for her work by her clients and peers in prestigious national and international directories, including Best Lawyers in Canada [Entertainment], Chambers, Legal 500, Expert Guides, Who’s Who Legal and Lexpert and was named one of Toronto’s 50 most influential people by Toronto Life magazine.