Paving the road to net-zero: carbon-credits

Lawyers expect these markets to continue their rapid growth in 2022

With last October’s COP26 climate conference, the proliferation of net-zero commitments and the introduction of a federal regulatory scheme, the relevance of carbon-credit markets will continue to intensify in 2022, say lawyers.

Traditionally, North America’s interest in carbon-credit trading lagged behind that of Europe, says Hazel Saffery, a Dentons energy-group partner whose legal background in oil and gas has recently transitioned to power, renewables, and carbon. She says that Europe had more established markets, more carbon taxes, and companies with a strong interest in environmental, social, and governance (ESG) issues. 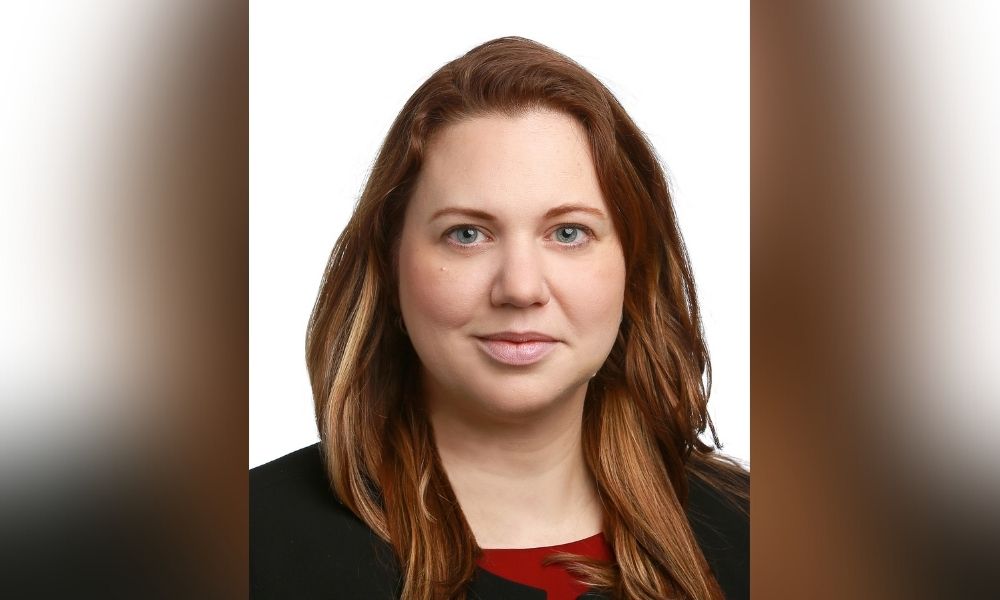 “However, in the last six months to a year, things have exploded. We’re talking about private equity funds, hedge funds, spin-offs from renewable funds – everybody’s looking at carbon as essentially an add-on to renewables. Because of the ESG focus that we’re seeing in North America, this is really creating a new market. And it’s expanding rapidly.”

Carbon credits generally operate in the compliance market and the voluntary market. Compliance markets emerge through the need to comply with the regulatory scheme of a particular jurisdiction. For example, the Alberta Emissions Offset Registry and the Alberta Emission Performance Credit Registry issue, track, and manage credits under the province’s Carbon Competitiveness Incentive Regulation. Quebec has a cap-and-trade system for carbon-credit trading established in 2013 and later merged with California’s as part of the Western Climate Initiative. Ottawa is currently developing a federal registry under the Greenhouse Gas Pollution Pricing Act on the national level.

In the voluntary market, organizations can offset their carbon emissions, for whatever reason, through the purchase of credits derived from another organization’s emissions reduction or sequestration. These credits are certified and assessed by institutions such as Verra, American Carbon Registry, and the Gold Standard, among many others worldwide. According to S&P Global, voluntary carbon markets eclipsed US$1 billion in value in 2021. The markets’ growth is also evident in the pricing for CORSIA-eligible carbon credits. CORSIA is a global carbon offsetting scheme used by airlines and other airplane operators. The price of a CORSIA carbon credit grew by 944 percent in 2021, said S&P Global.

Canada will soon introduce a nationwide compliance market, the Federal Greenhouse Gas Offset System. Developed under Part 2 of the Greenhouse Gas Pollution Pricing Act, the system establishes the Output-Based Pricing System for carbon offsets. Some regulations and draft protocols have already been released, but more are incoming, says Saffery.

“As it gets developed, it will change the game in terms of compliance across Canada,” she says.

Amid the growing demand for voluntary carbon credits, much effort and many resources will be directed at establishing a standard international trading market, says Mylène Vallières, a member of Lavery de Billy LLP’s business law group in Montreal.

“There’s a lot of work to be done, for sure.… It’s not tomorrow that we’ll see it happening. But I think that things are speeding up,” she says.

In October 2021, world leaders convened in Glasgow, Scotland, for COP26, the 2021 United Nations Climate Change Conference. The event marked the “pinnacle of the evolution of international cooperation on carbon credits,” says Greg McNab, partner and member of Baker McKenzie’s corporate and securities practice group in Toronto.

For the last two-and-a-half decades, governments have spent their time reaching agreements on behaviour patterns and determining how they would reduce emissions and encourage the development of renewables – but always with a focus on acting individually in their home countries, says McNab. At COP26, the conversation graduated to how an international carbon-credit trading network would work.

The final agreement at COP26 formalized article 6 of the Paris Agreement, which provided a formal mechanism that allows carbon credits to move across borders.

The passage of article 6 will have a significant impact on the voluntary market because it has paved the way for the voluntary and compliance markets to merge, says Kristyn Annis, counsel at Borden Ladner Gervais LLP, in Toronto.

“We’ll see that happening over the course of the next – I would say – five to ten years. But the idea is that, eventually, we’ll have a single emissions unit that can be used for different purposes. That could be meeting a corporate’s compliance emissions reduction … but it could also be used by that same entity to sell on a voluntary market.”

Annis’ practice involves renewables, climate change, advising clients on board governance and disclosure issues, carbon credits, and carbon-credit trading. She formerly served as a policy advisor to the minister of energy and the premier of Ontario on energy, economic development, and Indigenous affairs.

“Article 6 was just passed in November.… There’s a lot of work to be done,” she says. “Some industry players are saying it won’t be until 2030 when we have all the proper registries and tracking systems in place to accurately do all of this.”

“National and sub-national governments will have to decide how article 6 applies in their respective jurisdictions.”

As interest in carbon-credit trading intensifies, more companies are making net-zero carbon-emissions commitments. The pledge originates from the 2015 Paris Agreement. In Paris, at COP21, 196 countries agreed to limit their emissions such that global-average temperature-rise would remain between 1.5 and two degrees Celsius above pre-industrial levels. World leaders also agreed that by 2050, their countries would have transitioned to net-zero, meaning their carbon emissions would be equal to their carbon offsets.

“In order to achieve the Paris net-zero goals, a much bigger marketplace is required,” says Steven Bennett, partner and co-head of the mining group at Stikeman Elliott LLP. 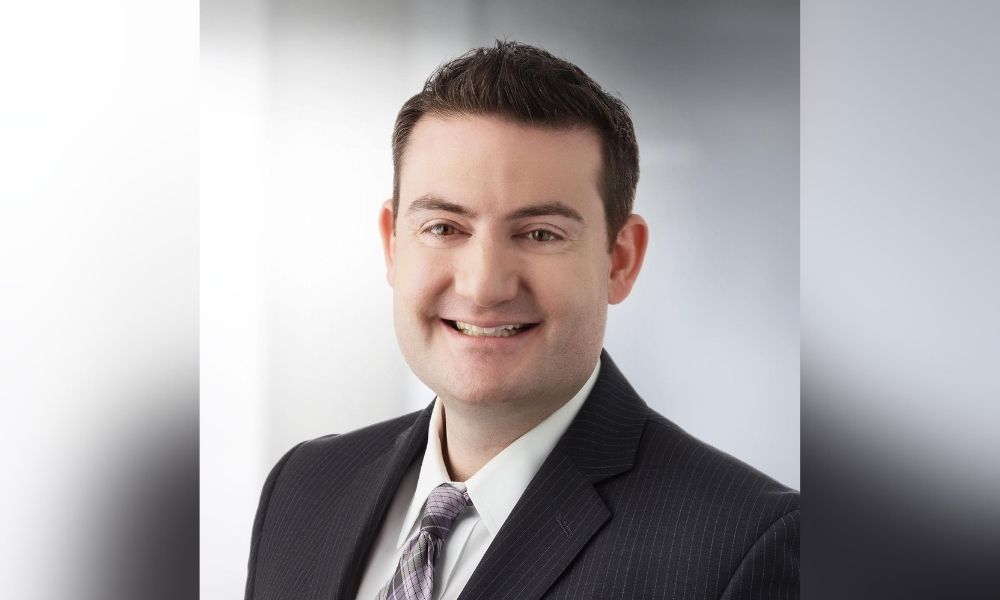 The transition will also be costly. A 2021 report from the Royal Bank of Canada predicted Canada’s shift to net-zero will cost $2 trillion. To help the market expand and to direct capital to carbon reduction, sequestration, and other projects, Canada has a “growing nucleus” of companies focused on financing various aspects of the carbon-credit markets, says Bennett.

“The theme of 2022 is going to be the emergence of a new class of public company in Canada that’s devoted to this voluntary carbon market space,” he says. As more companies go public, investors will become increasingly aware that carbon credits are an investment opportunity with meaningful benefits.

“Canada has a chance really to grow a world-leading platform, in the same way that we have developed a reputation in the mining space, historically.”

One example of carbon financing is stream financing, in which an investor will provide an up front deposit to a project. In exchange, the company receives some or all of the carbon credits generated from the project annually.

“These are very long-term contracts,” says Rishi Dhir, a corporate lawyer with Stikeman Elliott. “Most of the time, they are for the life of the project itself. So, from a legal perspective, you have to consider many different situations. As you can imagine, in a market like this, [that] is developing so quickly, we have to try to forecast a lot of that in the contract, because these contracts could live for 20, 30, 40 years. And that’s where it gets very exciting and interesting from a legal perspective.”

One of Stikeman Elliott’s clients is a biodiversity reserve in Indonesia, which produces carbon credits by preserving the land, therefore not emitting carbon through development.

“In order to build these projects, project proponents need capital,” says Bennett. “That’s where climate financiers and carbon financiers are increasingly coming in. And we’re seeing a lot of these enter into the Canadian marketplace right now, in the last year or two.”